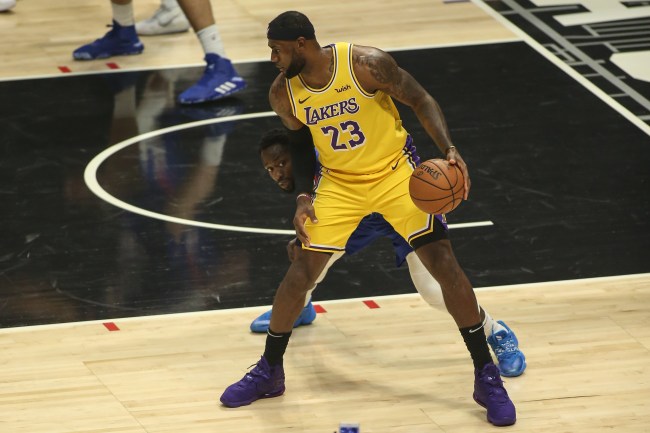 Trolling is only ever effective if it contains truth and there are exactly zero people on the planet who you can convince of LeBron James being an easy cover.

This is a buffoonish statement to make on a LeBron off-night, never mind when he hangs these stats on your ass and beats your team:

Beverley was obviously still hot from LBJ nearly sending him into the third row with the flick of one wrist.

James made seven of 17 shots in the game but did not take any against Beverley, according to ESPN Stats & Information research. I don’t know if this helps Bev’s case or hurts it.

To Bev’s credit, he did tip his cap to the Lakers after losing 112-103 in their continued fight for the best team in the city.

“We gotta give them a lot of credit,” Beverley said after Sunday’s 112-103 defeat. “… They took it personal … It’s one game. Of course, living in L.A., man, it’s hard to deal with this loss, but we have to wash it down the shower, keep getting better, and we will.”

But, no one ever remembers the cap tips. As it should be.

Patrick Beverley when He saw LeBron, AD and Kuzma outside Staples