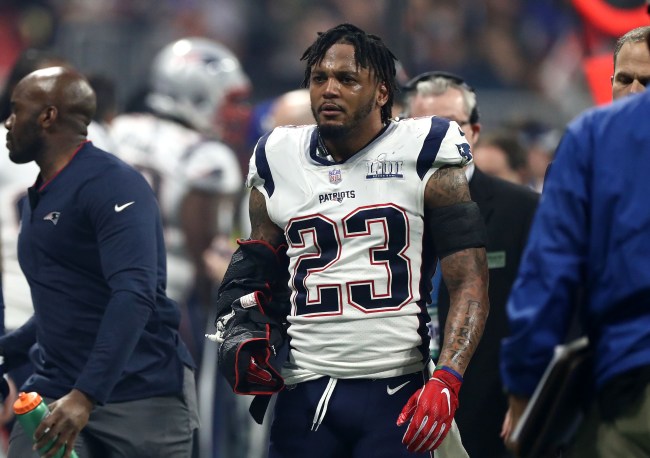 A bizarre story of pettiness and betrayal has spawned from Patriots safety Patrick Chung’s injury in the Super Bowl.

A former L.A. Rams ticket executive claims he was fired from his job for trash-talking Chung to his “friend” after Chung left Super Bowl LIII with an arm injury. Now, a lawsuit is in order.

Matthew Hogan, the Rams ticket exec, said in the lawsuit that he engaged in harmless trash talk with Matthew Weymouth, the man who runs Chung’s social media pages, leading up to the Super Bowl. However, things turned dicey when Hogan texted Weymouth following Chung’s injury: “Chung’s a bitch.”

Documents obtained by TMZ alleges that Weymouth flipped on Hogan after the ill-timed joke, saying “Your [sic] a c*nt for saying that” and going so far as to threaten him: “if I see you I’m going to jail and I don’t care.” Weymouth then shared screenshots of the message on Chung’s Instagram and Twitter accounts, accompanied with the following caption:

“I would never wish or say anything like this to anyone after they just broke their arm. You should be ashamed bro.”

Hogan claims that Weymouth made it appear that he sent the message to Chung directly, which he believes constitutes defamation.

After the texts were posted online, Hogan says he was “forced from his job” and has been unable to get hired anywhere else. On top of that, Hogan claims he’s getting threatening and harassing messages from Patrick Chung fans.

Hogan is suing Chung and Weymouth for more than $1.75 MILLION.