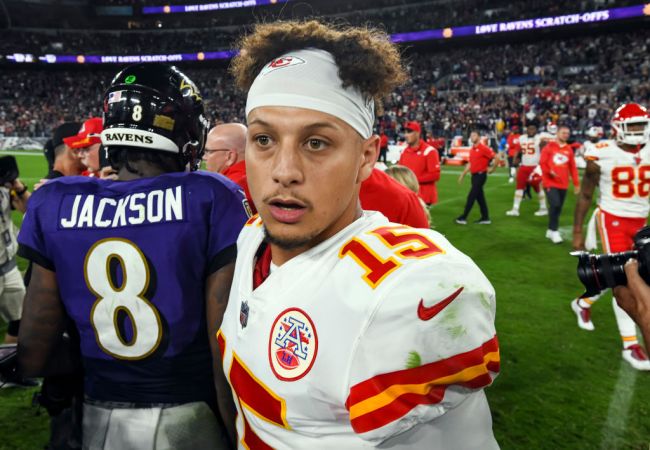 Jackson Mahomes, brother of Kansas City Chiefs star QB Patrick Mahomes, isn’t sorry about getting caught on video in an altercation with a Ravens fan.

After the Chiefs’ loss to the Ravens on Sunday night football, Jackson was filmed throwing water at a fan heckling him inside M&T Bank stadium.

The video of Jackson’s altercation with the fan went viral and he went to joke about it on Twitter.

We’re only in week 2 and the Mahomes family is already insufferable this season.