Move Over LaVar Ball: The Mahomes Clan Is Officially The Most Insufferable Family In All Of Sports 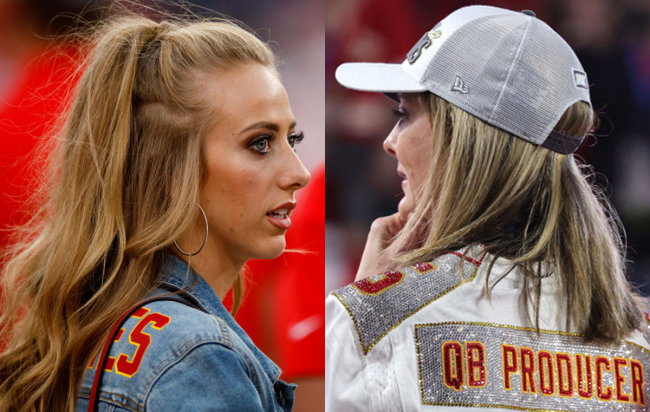 It’s hard to believe it’s been almost four years since LaVar Ball was unleashed upon an unsuspecting world and quickly established himself as one of the most impressively insufferable figures the sports world has ever seen thanks to his boisterous personality and penchant for making patently absurd claims, whether it was saying he’d make Michael Jordan cry if they ever played one-on-one or throwing shade at Bronny James and finding himself engaged in a war of words with LeBron as a result.

From the start, it was pretty obvious that Ball was simply on a mission to rustle as many jimmies as possible to make a name for himself and the three sons who not only had the potential to make it to the NBA but, more importantly, help turn Big Baller Brand into the empire that prematurely crumbled in spectacular fashion. Sure, he might’ve come off as a delusionally arrogant dickhead, but he was an incredibly entertaining heel with an impressive ability to figure out how to consistently remain in the headlines.

Despite all of his faults, it’s kind of hard to hate Ball for happily embracing his role as a villain, and to his credit, his ability to instigate has been the source of some fantastic entertainment—which cannot be said for the people who have now officially unseated him when it comes to the most insufferable family members in sports: the Mahomes clan.

On Sunday, Tom Brady officially cemented his status as the G.O.A.T. by taking home the seventh Lombardi Trophy of his career by beating Patrick Mahomes and the Chiefs in Super Bowl LV, and by the end of the night, Mahomes’ mom and fiancée had cemented their status as [Jean-Ralphio voice] the woooooooorst.

This wasn’t a sudden development, as Randi Mahomes and Brittany Matthews have been gunning for the throne for a while, and it almost seems like they’ve been on a mission to become as hatable as possible. While I can understand why they’d want to support Mahomes, they’ve established themselves as those truly awful fans who take great pride in gloating whenever they get the chance while scrambling to complain about nonexistent issues and coming up with any excuse they can find to bitch and moan when things don’t go their way.

Both of them were fairly active on social media over the course of the regular season—especially Matthews, who has skin as thick as tissue paper when it comes to dealing with so-called “haters” who call her out for the terrible takes she routinely shares. However, the duo really kicked into high gear when the playoffs rolled around, with Randi tearing into Mack Wilson for an objectively clean tackle that knocked her son out of his showdown with the Browns and Matthews getting slightly heated after an analyst argued Josh Allen might be better than Mahomes.

To her credit, that take was about as dumb as the many that litter her Twitter feed, but it was nowhere as close to as idiotic as the claims she and her future mother-in-law made when they opted to go after the refs for handing the Super Bowl to Tampa Bay as opposed to, you know, the players who sort of just decided to not show up with their A-game while playing in the biggest game of the year (Randi also decided to try to drag Gisele Bündchen into the fray just for good measure).

Looks like the fans were right. The refs are for the other team. Even their fans say it’s so.. smh.. i still believe 💛❤️

Were some of the penalties slightly questionable? I guess, but when you fall in the Super Bowl by a score of 31-9 in a contest where the losing quarterback had the worst game of his professional career, attempting to pin the blame on the officials is a very bold move. As if that wasn’t bad enough, they also decided to go after ESPN for posting images of Mahomes understandably looking less than thrilled as it became increasingly clear the Chiefs weren’t going to repeat as Super Bowl champions.

Love our chiefs!! Heartbroken to see how @espn @SportsCenter tried making fun of my son. But i know his heart and love for his team and chiefs nation! Thank you chiefs fans.. don’t forget these are someone’s sons tv 💛💛💛💛💛💛💛 #godisgreaterthenmyhighsandmylows

Much like you can’t really hate on the Ball brothers for their dad’s behavior, you have to feel bad for Mahomes, who seems like an incredibly likable dude who doesn’t deserve any blame for the actions of the people who’d probably be better off if they were familiar with the first rule of Twitter: Never Tweet. Unfortunately for him (and the rest of us), it doesn’t seem like they’re going to change their ways at any point in the near future, and when you consider the monster contract Mahomes signed last year, his mom and future wife will have plenty of time to establish themselves as the W.O.A.T.