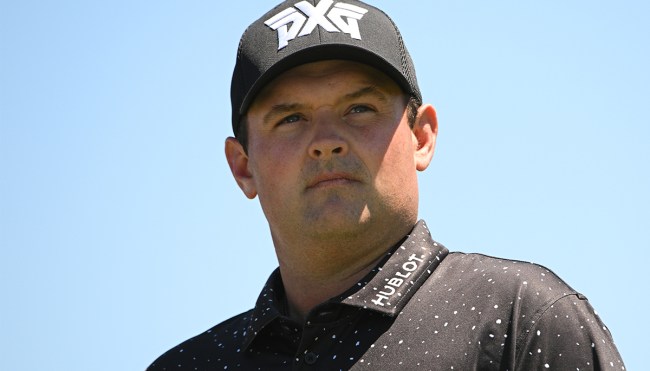 It’s hard to imagine there are a ton of people out there who would turn down the chance to quit their day job in favor of making a living as a professional athlete if given the chance.

Of course, making that leap would require you to implicitly agree to an assortment of hazards the vast majority of us will never have to deal with—like the fact that you’ll probably end up with a target on your back courtesy of the almost unavoidable pundits, hecklers, and trolls who will eventually find something to take issue with.

That’s the reality Patrick Reed found himself thrust into when he started to make a name for himself on the PGA Tour. In 2015, the brash golfer encountered a setback in his already uphill battle to win over fans thanks to allegations concerning some improper behavior when he was a member of the golf team at the University of Georgia, and he found himself subjected to the kind of scrutiny that comes with winning The Masters after securing the green jacket at Augusta in 2018.

He certainly didn’t do himself any favors by stirring up some drama at the Ryder Cup later that year, and his attempts to combat his reputation as a cheater were severely undermined by a video that appeared to show him grounding his club in a bunker to improve his lie at the Hero World Challenge the following year.

I would like to stress that all of the controversies I’ve mentioned above are simply unproven allegations, a stern disclaimer that may or may not have something to do with Reed’s decision to file a $750 million defamation lawsuit against the Golf Channel and commentator Brandel Chamblee, who he’s accused of engaging in a smear campaign (in conjunction with PGA Tour commissioner Jay Monahan) stretching back to 2013.

Reed claims Chamblee, Golf Channel, the PGA Tour *AND* Jay Monahan have all conspired to target Reed, 32, for the last NINE YEARS. pic.twitter.com/3WM7xsQYC1

If you go to a LIV Golf event (or an Asian Tour event, apparently) and you don't know what to yell at Patrick Reed during his backswing, here is a one-stop shop of things that will really piss him off. pic.twitter.com/tb29rtzOY2

I will not insert my personal opinion into this article out of an abundance of caution, but that didn’t stop plenty of other people from ripping into Reed for taking such drastic action.

Patrick Reed, finally seeking out justice against those who have soiled his reputation: pic.twitter.com/O6OSvtscTG

Patrick Reed suing others for everything he brought upon himself. I’m going to file a lawsuit against PGA TOUR rules officials for all those bogeys I made when I missed short-sided to tucked pins.

Thinking about Kevin Kisner’s comments about Patrick Reed to Golf Digest in 2018. pic.twitter.com/Hs3JCrmnXg

I guess the old adage is true: Patrick Reed either dies a villain or lives long enough to become an even bigger villain.