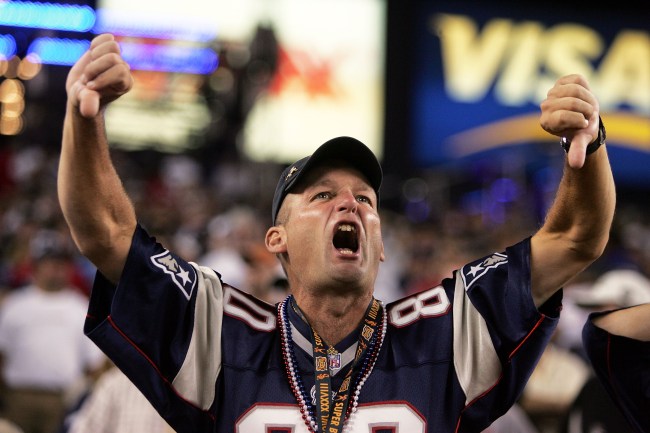 I think this is the first time I’ve ever said this but it sucks to be a Patriots fan. At least 150 of them.

According to WEEI’s Danny Picard, 150 people have been screwed out of attending the Super Bowl this year in Minnesota after enrolling in a now-defunct company called TicketScore.

TicketScore was designed to give fans the opportunity to attend a specific team’s championship game by paying a weekly fee throughout the season. If your team made it to the Super Bowl, you’d be able to attend so as long as you paid your weekly fee, with the ticket price value amounting to much more than the weekly buy-in amount.

Welp, 150 people chose to buy-in on the Patriots this season and they were informed Wednesday morning that they would not be receiving their guaranteed Super Bowl LII tickets. As you can imagine, all of these fans have likely booked their flights and threw down on lodging.

According to WEEI, TicketScore claims that they were unable to deliver tickets for this year’s Super Bowl because prices “were set at record highs.” TicketScore has taken its website down and announced that it will be “closing permanently,” but the people behind the site appear to be doing their best to make things right. 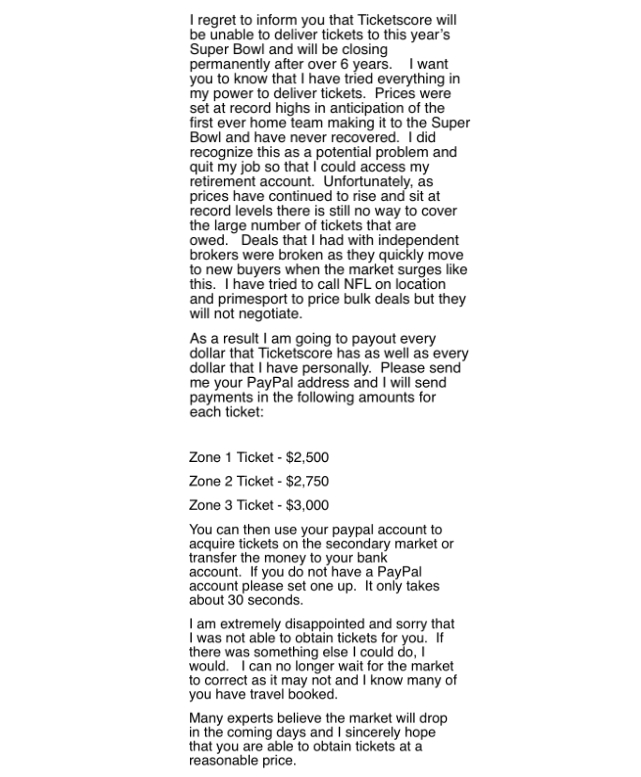 Depending on when you bought-in and which one of the three tiers of tickets you wanted, the weekly price paid to TicketScore could be different.

One individual bought in at the highest tier (lower bowl or club seats) as early as March, at a weekly fixed price of $65, which was paid from Week 1 of the NFL season through Week 17, totaling $1,105.

As the season went on, the fixed price to buy-in on the Patriots increased to as much as $250 per week. All of it, again, with the “guaranteed” payoff of a Super Bowl LII ticket if the Patriots advanced.

The most recent reports claim that most, if not all at this point, have received all the money they put into the company.