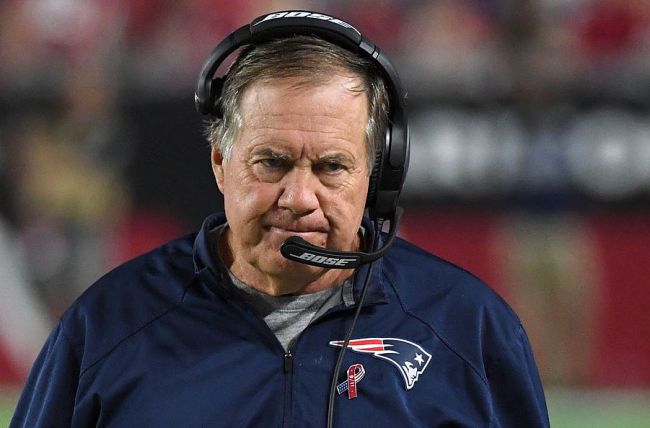 The New England Patriots have spent the past couple of decades being really, really, really, ridiculously good at football, and while so-called experts spent a sizeable chunk of the previous one repeatedly prophecizing the end of what is arguably the most impressive dynasty in the history of sports, they were continually proven wrong thanks in no small part to Tom Brady’s refusal to age like a normal person.

However, any talking head who got into the habit of issuing those retroactively freezing takes ahead of the past few seasons wasn’t really going out on a limb if they decided to do the same this year, as Brady’s defection to Tampa Bay led more than a few people to speculate the Patriots might just say “fuck it” and purposefully tank in an attempt to usher in the Trevor Lawrence Era in Foxborough.

If that is indeed the case, they got off to a pretty terrible start by winning their first game with Cam Newton in the pocket over the weekend while Brady’s underwhelming performance in his Buccaneers’ debut helped bolster the argument that he’s actually a system quarterback who owes much of his success to the coaching mind of Bill Belichick.

New England’s win over the Dolphins didn’t come as much of a surprise when you consider they were still favored by a touchdown, which marked the 64th consecutive regular-season game where they were expected to come away with a victory. However, it looks like that objectively absurd streak is about to come to an end, as all signs point to the Patriots being listed as underdogs against the Seahawks on Sunday night.

The Seahawks are currently favored by 4 points over the Patriots in Week 2. Presuming this holds (no reason to think it won't), it will snap a streak of 64 straight regular season games that the Patriots have been favored, the longest ever streak in the Super Bowl era.

The last time the Patriots played in a game Vegas expected them to lose came in the AFC Championship in 2019, where they defied the odds by topping the Chiefs (who still managed to cover the 3.5-point spread by losing 43-40). However, if you want to find the most recent instance of this occurring in a non-playoff environment, you have to go alllll the way back to the first week of the 2016 season, where the Cardinals were favored by six points at kickoff on September 11th.

As will be the case this weekend (and presumably every other one for the remainder of time), New England was also without the services of Brady in that game, as Jimmy Garoppolo was named the starter in the wake of the four-game suspension their franchise QB had to serve as a result of Deflategate. A number of notable names on that roster (including Rob Gronkowski and Stephen Gostkowski) have also departed since then and it’s safe to say the world looks a bit different since a time when: