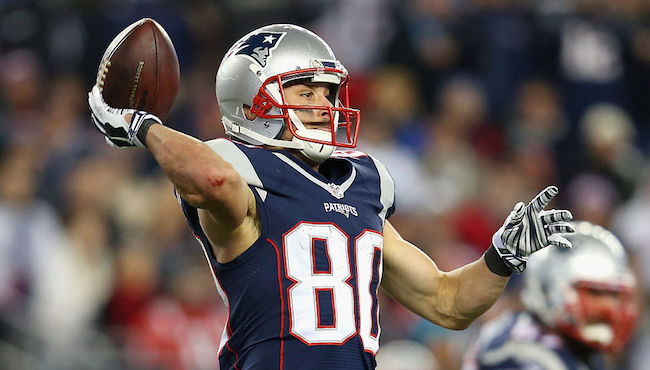 Unless you just came out of a coma, you’re probably aware the Philadelphia Eagles beat the New England Patriots in Super Bowl LII on Sunday thanks in no small part to the performance of Nick Foles. The Super Bowl MVP threw three touchdowns in addition to being on the receiving end of a TD pass after the Eagles successfully pulled off The Philly Special— a play he’d been practicing since high school.

The Pats tried to run a similar play earlier in the half but had their efforts stymied thanks to Tom Brady’s inability to reel in the pass from Danny Amendola— a drop that inspired a donut shop in Philadelphia to introduce a new flavor in his honor. The incompletion was especially discouraging because the team had managed to successfully pull off similar trick plays in the pass— including during a game against the Eagles all the way back in 2015.

During the third quarter of the contest, Brady wandered out of the pocket like a dementia patient leaving a nursing home before the ball was snapped to James White, who rolled left before pitching the ball back to Danny Amendola, who connected with Brady for a 36-yard pass.

"Philly Special" 2015 Pats vs Eagles. We've seen this before. pic.twitter.com/KRmhYG55ld

Almost Indianapolis Colts head coach and still Patriots offensive coordinator Josh McDaniels will have plenty of time to help the team up their trick play game during the offseason, but Brady might want to think about taking Antonio Brown up on his offer to teach the QB how to catch before training camp kicks off.