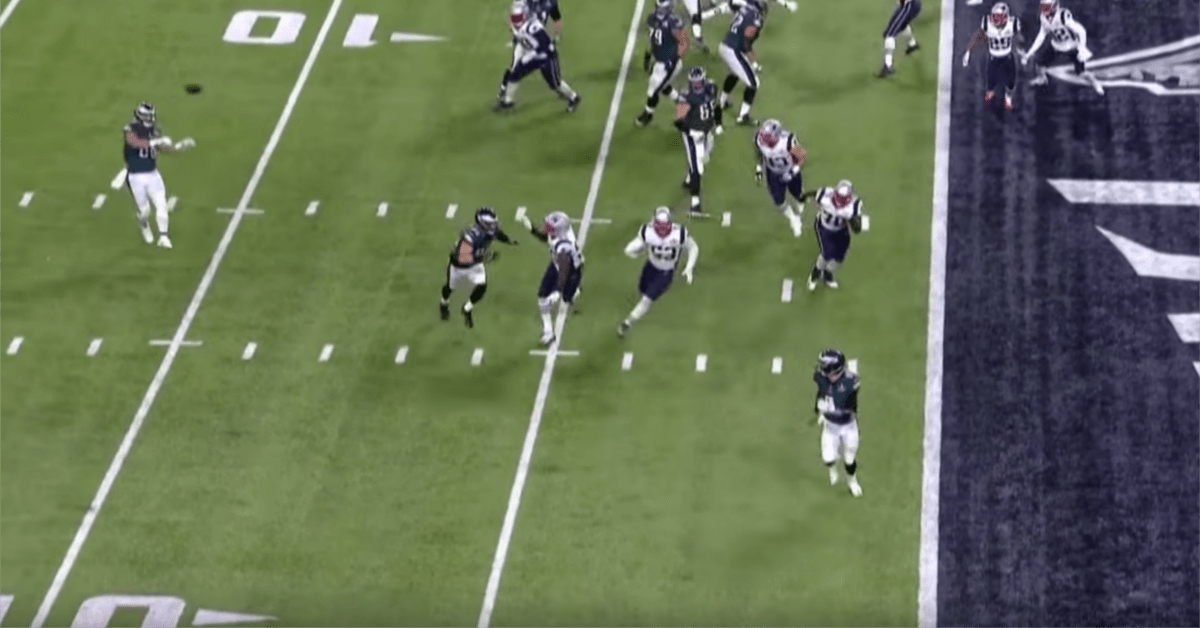 Nick Foles caught a touchdown pass on a bold 4th-down trick play by the Eagles. And when he caught the pass, he made it look easy (especially after Tom Brady made it look impossible). In fact, it looked like he’d run that play a million times and caught that pass before…

That’s because the Eagles quarterback had run that very same play before and caught a pass that looked very similar… because that’s exactly what happened. Nick Foles ran that same trick play when he was a quarterback at Westlake High in Texas, over 12 years ago.

Sam Ehlinger, current Texas Longhorn, fellow former-Westlake High School quarterback shared a video of Foles running the exact same play as the Eagles in the Super Bowl. It even ends with Foles catching the touchdown pass:

I like to imagine that Foles and Doug Pederson borrowed the trick play from Westlake’s playbook.