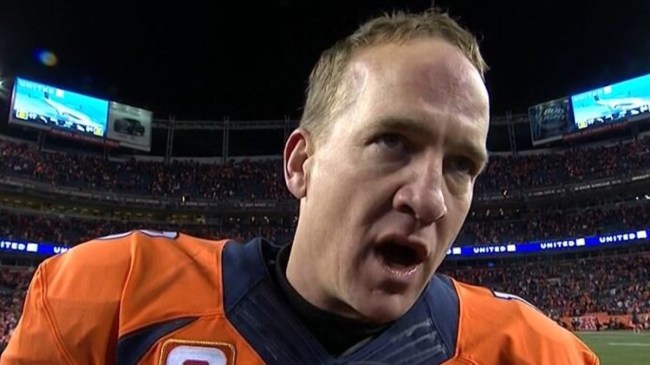 During the first Manningcast of the 2022 season, Peyton and Eli Manning hosted actor and comedian Joel McHale, who is a massive Seattle Seahawks fan.

While McHale was on the broadcast, the former host of The Soup asked Hall of Famer Peyton Manning why his forehead always looked as though it had been put in a vice. You know, Casino-style.

And, for the first time that I can ever remember, Peyton actually explained the phenomenon: he used to like his helmets to fit tight so he could hear the play calls from coaches clearer. Furthermore, Peyton explained that he didn’t like his helmet to fall off when he was hit.

Peyton and Eli Manning will host the Manningcast during 10 Monday Night Football games this year, according to ESPN. Following a wildly successful first season that had some fans wondering if this was the future of broadcasting, ESPN’s decision to bring the Manning Brothers for another season was a no-brainer and has already paid off after just one game.

The first Monday Night Football game of the year was certainly more competitive than expected, as the Broncos — who were favored by almost a touchdown — found themselves in a dog fight with the Seahawks, who were led by a surprisingly efficient Geno Smith and ultimately lost the game.