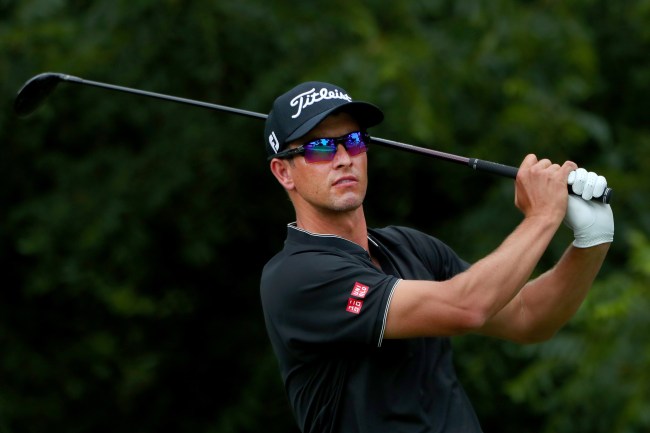 Golf and gambling go hand in hand like peanut butter and jelly. There are so many different ways to gamble on the golf course that I could write up a few thousand words on the various games and still wouldn’t even scratch the surface. Some of the PGA Tour’s biggest stars gamble just like the rest of us, and below they’ve shared their best stories about gambling on the golf course.

Professional golfers don’t get to gamble on the course (in public) like the rest of us but it’s fine because they’re already out there earning millions. 114 golfers on the PGA Tour made more than $1 million this season in tournament earnings with Justin Thomas earning more than $8.4 million before next week’s TOUR Championship in Atlanta’s East Lake GC.

When these pros aren’t playing in tournaments they turn into degenerates just like the rest of us. Lefty’s an infamous gambler who reportedly tries to wager on anything he can. We’ll see him and Tiger Woods playing 1-on-1 for $10 million on Thanksgiving weekend which will be fun but it’d be A LOT better if they were putting their own money on the line.

Do you bros know about The Action Network yet? If you’re a self-styled degenerate then you should. It’s a website dedicated to gambling on sports and they’re pumping out content better than their competition.

Golf writer Jason Sobel, formerly at ESPN and the Golf Channel, just wrapped up a week-long piece in which he compiled the best gambling stories from PGA pros. Unsurprisingly, more than one story involves the G.O.A.T. Michael Jordan who’s a notorious gambler on the course.

Here are a few of the stories that jumped out at me, including one about Adam Scott’s checkbook getting dominated by poker pro Phil Ivey:

Adam Scott: Fred Couples, Phil Ivey and $10K
Scott rarely plays money games, but was part of a memorable one nearly a decade ago, playing with Fred Couples and professional poker player Phil Ivey. They started with a small bet, which quickly ballooned into a much bigger one — and then another.

“We had a really soft bet at the start of the round and [Ivey] wasn’t happy about it. Fred and I were playing pretty lackluster golf the first five holes and he said, ‘I didn’t come out here to watch you play like this, but I’ll bet that you can’t make 10 birdies between you for the rest of the round, from the sixth hole on.

“It was a $5,000 bet. I was pretty sure that Fred and I could handle it, so we agreed to the bet.
“We had it all under control, then we slowed down. I should’ve birdied 16, but I didn’t, so we needed three birdies between us for the last two holes.
“The 17th is just a wedge par 3 to an island green and the 18th is a reachable par 5.
“On the 17th tee, Phil knew his chances weren’t very good. It was likely one of us was going to stiff a wedge and both of us could birdie the last. So, he threw a curveball at us. He said, ‘I’ll bet you another five grand that you both can’t hit this green.’

“I’m like, oh my goodness, this is too good to be true. He’s giving us five grand to hit the green on a 140-yard hole.
“We take the bet. Freddie gets up there first. I think he was thinking so much about the second bet that he fanned it into the right bunker. It was just devastating, because now we’ve lost that bet and we might lose the first one.

“I hit it on, but only made par. So it was a lost cause. We both birdied 18, but came up one short, so we were scrounging around for the checkbooks.
“It’s a really good story, but I was completely devastated.” (via)

There are a bunch of these stories on The Action Network for you to read through. I’ll include one more from Justin Thomas playing with Michael Jordan:

Justin Thomas: 36 Holes with Michael Jordan
Each year, Michael Jordan and a group of friends would travel to the Kentucky Derby, arriving a day early to play 36 holes at Harmony Landing, where Mike Thomas was (and still is) the head professional and his son Justin was a ubiquitous presence around the course.

Justin spent a few years caddying for Jordan before finally getting the call to play, teaming up with MJ for a memorable match.

“We don’t have caddies or tee times at our course, but they wanted a caddie, so I would go out with them. The first year, I was probably 13. I’d just get out of school; I was going to learn a lot more out there than I was in school.
“The first few years, I’d just caddie. When I was 16, I went out with the group and they started on No. 3 for some reason.

“I was riding with MJ. When we got to the first hole, he said, ‘Go get your clubs.’ He told them, ‘Alright, I’ve got the little man. We’ll take whoever wants us.’
“There’s eight people. He wouldn’t tell me the game; he said I didn’t need to hear that.
“Everyone’s giving me grief, because I was playing the same tees as them. I was tiny when I was 16.
“So we played the last seven holes and I made four birdies. We drummed ’em pretty good. That was fun.

“He just made me feel comfortable. I’d played in some big national tournaments, but that was the biggest deal I’ve ever played in. It was pretty cool. We had a pretty memorable day that we still talk about.

“He always took care of everybody tipping, so let’s just say my tip was a little bigger that year. (via)

Imagine being 16-years-old, a badass at golf, getting to play with Michael Jordan, AND impressing him. I’d say that is the moment that you’ve peaked in life but this is Justin Thomas we’re talking about and he just made $8.4 million on the PGA Tour this season.

There are a bunch of these stories on The Action Network from Rickie Fowler, Jordan Spieth, and the other pros. Just hit that link and head on over there to keep reading!