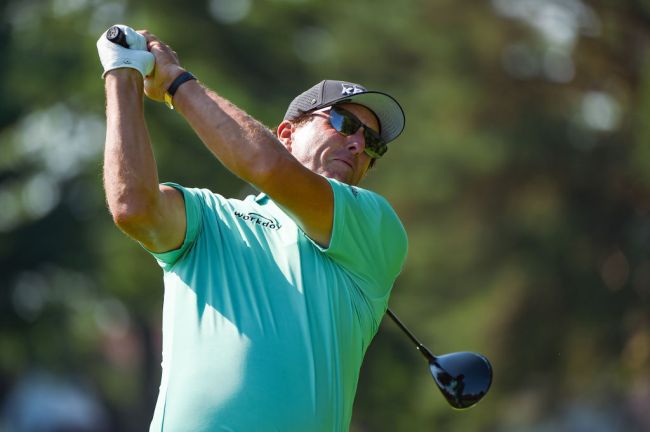 With Phil Mickelson in town for this week’s Rocket Mortgage Classic, Robert Snell of The Detroit News thought it was an ideal time to publish a story about the six-time major winner and his alleged ties to a mob bookie who is said to have cheated him out of $500,000.

Mickelson, rightly so, was upset with the article and has said he won’t be returning to the Rocket Mortgage Classic in Detroit after this year.

The gambling story dates all the way back to a 2007 transcript from the racketeering trial of Jack Giacalone, a “reputed organized crime leader in Metro Detroit.” Mickelson’s attorney Glenn Cohen told ESPN that the actual bet happened over 20 years ago. With that, you can understand why Mickelson is angry about the article coming out now, while he’s in town playing in a tournament he chose to play in.

“I feel that Rob Snell made an article this week that was very opportunistic and selfish and irresponsible,” Mickelson said Thursday after shooting 3-under in the first round.

“It was so much effort for me to be here and to have that type of unnecessary attack — not like I care, It happened 20-something years ago — but it’s just the lack of appreciation,” Mickelson said. “I don’t see me coming back. Not that I don’t love the people here. They have been great. But not with that type of thing happening.”

According to the transcript, well-known Detroit gambler “Dandy” Don DeSeranno “couldn’t pay” Mickelson $500,000 after booking a bet for him. Mickelson was not accused of any wrongdoing, per the report.

The story involves one of golf’s most beloved players, the mob, and a well-known bookie, so there’s no denying that it’s eye-catching, but the timing seems suspect, to say the least. Also, the story does nothing but hurt future Rocket Mortgage Classics, which in turn hurts Detroit’s economy during future tournament weeks.

While he’s 51-years-old, Mickelson still gets fans through the gates and draws massive galleries each week he tees it up, he’s a player every tournament director and city wants in their field.

The only people that seem to be defending the article are capital J journalists that work in Detroit, like Chad Livengood. Chad seems to be upset that Mickelson got upset with one of his friends after said friend published a 20-year-old story that alleged Mickelson of running around with a mobster and a bookie.

I haven’t tweeted anything yet. I’ve only responded to other’s tweets. You and Rob do what you need to do (report something from over 20 years ago) and I’ll do what I need to( let everyone know why I won’t be back)