Philadelphia Eagles Owner Reveals The Pick He Regrets Not Making 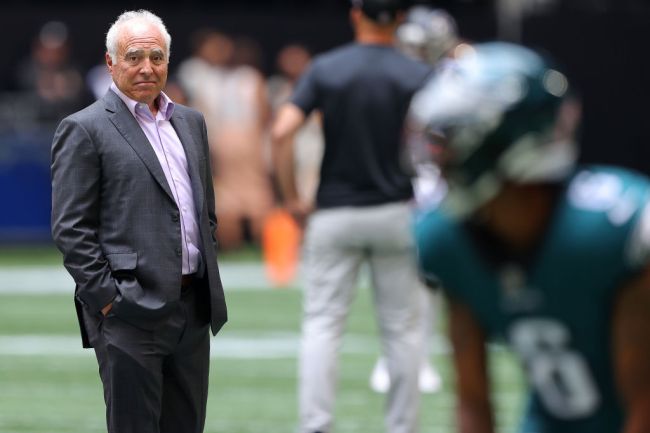 The Philadelphia Eagles must have plenty of regrets about the NFL Draft in recent years. They drafted JJ Arcega-Whiteside over DK Metcalf, Diontae Johnson, and Terry McLaurin. That was a disaster.

They followed that up by drafting Jalen Reagor the next year over Justin Jefferson, Brandon Aiyuk, Tee Higgins, and Michael Pittman. That hasn’t worked out so well either.

They finally seemed to get it right last season when they drafted DeVonta Smith, but going 1 for 3 drafting receivers early in 3 consecutive drafts is pretty rough.

Surprisingly, it wasn’t either of those two receiver picks that was owner Jeff Lurie’s biggest draft regret. Instead, it was a pick that they didn’t make. Lurie revealed today that he regrets not taking Russell Wilson with either of the team’s second round picks in 2012.

“[Wilson] is a player we didn’t get, and I’ll always regret it,” Lurie said, via DelawareOnline.com. “It was someone I really wish we had drafted in the second round and didn’t wait. But we really didn’t think that anyone would jump us and take Russell, so that was that.”

The Eagles owned the 46th and 59th picks in the second round of that draft and used them to select Mychal Kendricks and Vinny Curry. The Seahawks took Wilson with the 75th pick, leading the Eagles to take Nick Foles with pick 88.

While Lurie may have some regrets about the decisions made that night, it didn’t end up working out all that terribly for the Eagles. Curry and Kendricks both spent the majority of their careers contributing for the Eagles and all 3 of those men were members of the 2017 Super Bowl team.

Still, it’s interesting to think about what the Eagles could have been if they had drafted Wilson in that second round.