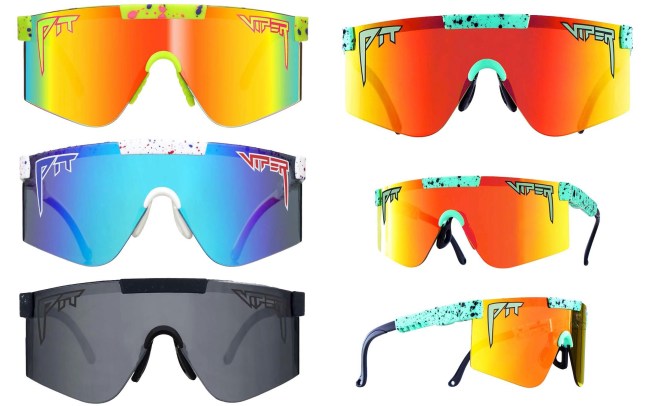 Just weeks after Pit Viper linked up with the Gronkowski brothers for a ski weekend that included all the necessary ingredients for Bro Heaven—an endless cooler of cold brewskis, fresh pow, and some good old fashion mountain town partying—the sunglass giant has outdone itself yet again.

The ink is still drying on Pit Viper’s three-year partnership with both the Miami Dolphins and the Washington Football Team.

Jamin Davis, former Kentucky linebacker and Washington’s first-round pick in the 2021 NFL Draft, touched down at team facilities earlier this month swagged of of his gourd in Pit Viper shades, nearly punching his ticket to Canton before his first NFL snap.

Related: How to know if your Pit Vipers are real or fake?

This marriage is a gigantic step for Pit Viper, who has traditionally dominated the extreme sports realm, but is now proving its evolution by getting into the proverbial bed with two franchises in America’s favorite league.

In addition to creating brand new mockups in the two teams’ colorways to appeal to their fanbases, it’s likely players will rock Pit Vipers during post-game pressers and of course, victory sex.

The Pit Vipers stay ON during sex.

All joking aside, if Ryan Fitzpatrick doesn’t arrive to the stadium on Week 1 sporting The Poseidon’s, a toothpick, and a mall kiosk chain, I may just move to Europe and become a Premier League guy. Who needs scoring anyway?

Head over to Pit Viper to join the movement. Or at the very least, give their Instagram a follow given that it was voted the 69th best sunglass brand page by your mom. She knows best.