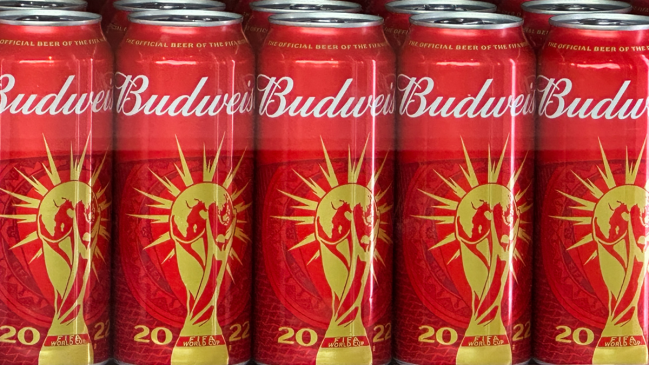 In September, soccer fans who’d booked a trip to watch the 2022 World Cup in Qatar got some pleasantly surprising news when FIFA announced it had struck a deal with the country’s infamously puritanical government to allow spectators to purchase beer at stadiums during the tournament.

That was a particularly lucrative development for Budweiser, which inked a deal that granted it the exclusive right to sell brews at the event with the help of the thousands of local workers it trained to ensure its product would be poured properly. The brand also exerted a ton of time and energy figuring out the logistics of importing the tens of thousands of cans it imported into the country, and even had an emergency supply in the United Kingdom it was prepared to deploy if it underestimated the demand.

However, things took a somewhat unexpected turn when the Qatari government reversed course just a couple of days before the World Cup was slated to kick off. While beer is available in designated “fan zones,” the only people allowed to consume alcohol in the stands during matches are those who dropped $3,000 on a corporate ticket (although some particularly bold attendees have figured out some way to get around the ban).

Budweiser has publically done what it can to take that development in stride, as it made the best out of an unenviable situation by offering to send the beer it had planned to sell at the World Cup to whatever country ultimately walks away with the trophy.

New Day, New Tweet. Winning Country gets the Buds. Who will get them? pic.twitter.com/Vv2YFxIZa1

However, it’s reportedly being slightly less charitable behind the scenes. If The Sun is to be believed, Budweiser (which paid an estimated $75 million to sponsor this year’s event) will be asking FIFA to subsidize the $112 million contract it already locked in for the 2026 World Cup to the tune of around $47 million.

There’s no way to know how things will play out when everything is said and done, but you have to imagine FIFA will ultimately be forced to fork over most (if not all) of that reported sum in order to avoid pissing off the sponsor even more and avoid the lengthy—and undoubtedly expensive—court battle that would ensue if they declined.