Rachel Nichols Calls Out NBA For Its Silence On Ruth Bader Ginsburg’s Death, Not Being Consistent On Social Issues, Equality 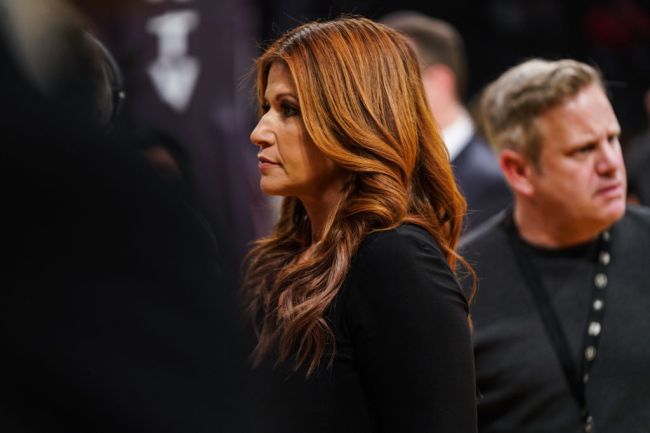 The NBA has addressed social issues and injustices throughout its time inside the bubble in Orlando. The league has also paid tribute to the likes of civil rights leader John Lewis following his death in July and actor Chad Boseman who passed away in August.

The NBA wants to be a league with a voice, not one that just sits back and watches things going on outside of its bubble around the United States, but with its silence following Ruth Bader Ginsburg’s death, it’s clear the league is picking and choosing when it wants to raise its voice for equality.

Ginsburg, a former justice of the Supreme Court who passed away on Sept. 18, didn’t receive a tribute or moment of silence like Lewis or Boseman, in fact, the league hasn’t honored her at all ahead of any of the three playoff games that have taken place following her death.

ESPN’s Rachel Nichols took note and instead of keeping silent about the NBA’s silence, she addressed it head-on and called out the league for its lack of action with a passionate message.

Why wasn't Ruth Bader Ginsburg honored by the NBA this weekend? In a league that absolutely holds equality as a core value, the icons of that equality can’t only include those who helped the men we see on TV, but those who paved the way for the women who work right alongside them pic.twitter.com/UiTktdFr5w

“If you are a league that holds equality as a core value, and I know for sure that this league does, the icons of that equality can’t just be those who helped the men that we all see on TV, but those who paved the way for the women who work right alongside them,” Nichols said. “After all, the NBA is significantly stronger because of all the women who work in and around it.”

Everything Nichols stated is absolutely correct. The NBA can’t be the face of social issues and equality if it simply ignores the passing of one of the most influential and important women in United States history. In fact, if the league is going to be the league that addresses these issues, human rights, and equality, it can’t pick and choose when and where it’s going to do so as it’s done following Ginsburg’s passing.

This is the same league that has been extremely silent regarding China and the country essentially telling NBA players, and the front office, to shut up and dribble and the league has abided.