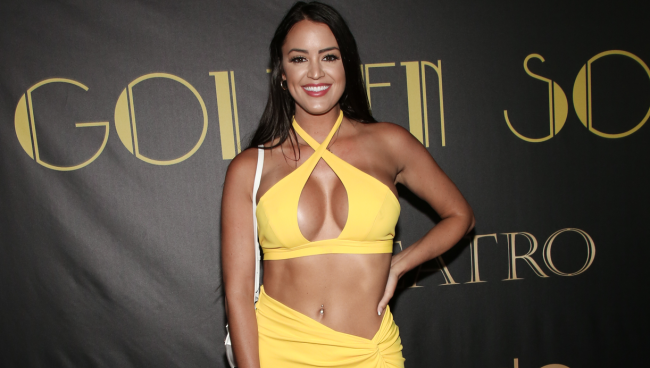 Back in October, we introduced you to Rachel Stuhlmann, a popular social media influencer who has the stated goal of becoming the “Paige Spiranac of tennis.”

Stuhlmann believes that she and Spiranac “have similar stories” as they both played Division I sports in college and each has been featured in Maxim.

Stuhlmann, from St. Louis, played tennis at the University of Missouri, has been slowly adding to her brand and building a social media following.

And if videos like the one she recently posted below on Twitter look kind of familiar, well, she did come right out and say she wanted to be the “Paige Spiranac of tennis,” didn’t she?

The United Cup was a win for the game. Here are 3 reasons why🎾💜👇 pic.twitter.com/Y3Pgufttns

Stuhlmann also recently launched her own website where she says she plans to share her journey through travel updates/newsletters, partnership highlights, and merch.

Since transitioning from high-level tennis player to multimedia mogul, Rachel has set the game on fire. Over the past few years she has followed her lifelong goal of making the sport of tennis more mainstream and relatable and has worked to push the game forward through her broad scope of various and impactful work in the tennis industry.

Carving her own game-changing path, Rachel has drawn global attention to the sport of tennis through her exciting social media content, where she consistently highlights her worldwide tournament/event travel, brand partnerships, and current news and updates within the game.

She’s been working hard at getting the word out there, but it was one random moment during a NHL game recently that caught the attention of even more fans.

42,000 views later and Rachel Stuhlmann has added a whole bunch of new fans.

I had to rewind that part 👀

“Everyone should take time to admire the beauty that surrounds us. Also, I could not be a cameraman,” another fan tweeted at Stuhlmann.

“Director called for the shot, dipped in for just long enough and then punched out. Professionalism at its finest,” joked another fan.

Not all hero’s wear capes 🤣

“You’re all getting bonked,” the OP of the video tweeted back.

She doesn’t seem to mind…

I can confirm this study. I’ve had several success stories https://t.co/wdXSL2dS1K