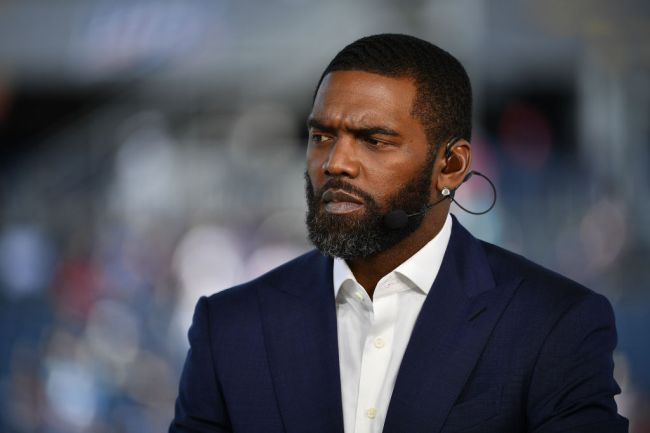 ESPN’s Randy Moss addressed the Jon Gruden controversy on Sunday morning and got very emotional while doing so.

On Friday the Wall Street reported that during 2011 lockout Gruden sent an email mocking the size black NFLPA exec Demaurice Smith’s lips which many consider a racist trope.

On ESPN’s Sunday NFL Countdown Moss spoke about the Gruden situation and called on the NFL to punish the Raiders head coach.

Randy Moss on Jon Gruden using a racist trope in an email: pic.twitter.com/rWcHeB60is

“Now we have a bump of the road from leadership coming from above from our head coach. So how can we focus on going into a game where we’re uncertain where this is going or what direction our team is going in? … We’re going into the 21st century, OK? Instead of us moving forward, we’re moving backward. And I really don’t know what percentage of the National Football League is Black but I know it’s over 50%, 60-70%. And I know we generate a whole lotta money for this National Football League and for you to hear Adam Schefter talk about some discipline from [Mark] Davis, the clock is ticking,”

“But for now and for us to go with the move from Oakland to Las Vegas – ’10, ’11, ’15 I don’t care when it is – you have a leader of an organization that’s leading a group of men from different walks of life, of different nationalities and racism is a big concern … I don’t know where the Raiders move from here but the clock is ticking for the National Football League.”

At one point Moss got extremely emotional and teared up while talking about Gruden.

It is worth noting the NFL condemned Gruden’s email but have not punished him for it.

NFL statement: “The email from Jon Gruden denigrating DeMaurice Smith is appalling, abhorrent and wholly contrary to the NFL’s values. We condemn the statement and regret any harm that its publication may inflict on Mr. Smith or anyone else.” https://t.co/b9IUku9saH