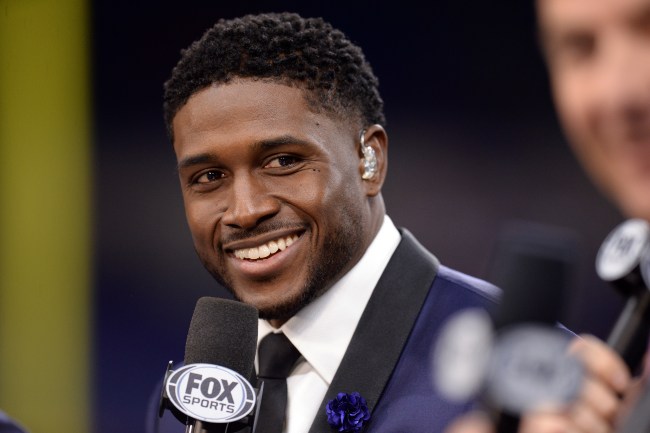 Last night Donald Trump and his wife Melania announced that they had tested positive for Coronavirus but Fox college football analyst Reggie Bush thinks there’s something fishy going on about the timing of Trump’s positive COVID-19 test result.

The FOX Sports College Football analyst and former NFL player went on Twitter to say that he believes Trump is faking his Coronavirus diagnosis to avoid another “disastrous debate” against Joe Biden.

Teflon Don just wants the attention on him. Now the entire world will be on Trump watch. Now you test positive? 🤔 After all the rallies with no masks you held, now you conveniently catch COVID after that disastrous debate? https://t.co/AGVJYnWLDm

Exactly now he won’t be available for questioning, can’t do debates, he’s going to disappear for 14 days while the world thinks he may die, YEAH RIGHT!!!! It’s all a game and it’s all a reality tv show that’s what reality tv stars do they keep the attention on them at all costs https://t.co/fRKB40M69C

As of now, the President is reportedly experiencing “mild” COVID-19 symptoms and it’s unclear if he’ll be able to participate in the second Presidential debate scheduled for the 15th of October.

NEW: A White House official tells me President Trump is experiencing “mild symptoms” and is working from the WH Residence: “Business as usual” for Trump, this official says.

Despite all the conspiracy theories being floated around on the Internet it’s hard to imagine that Trump and Biden won’t debate at least one more time before the Novemeber 5th election.