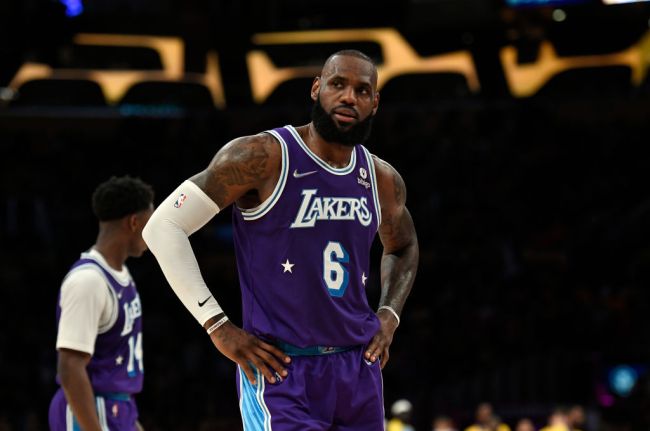 For a second there, it seemed like the drama in LA may finally be over. Talks to trade Russell Westbrook for Kyrie Irving were going nowhere and the Lakers’ stars held a conference call to commit to another year together.

NBA reporter Dave McMenamin appeared on yesterday’s episode of “The Lowe Post” and reported that LeBron James actually has no interest in playing another season with Russell Westbrook.

It still isn’t much of a surprise that LeBron isn’t interested in another year with Westbrook after their first season together was such a train wreck. However, the timing of this report is a bit odd considering the recent vow renewal between LeBron, Anthony Davis, and Russell Westbrook.

As things stand with Lakers, their best-case scenario still seems to be dealing Westbrook to the Pacers in a move that lands them Buddy Hield. Westbrook simply did not mesh well with LeBron and AD and that’s not likely to change in a second year together.

This would also give the Lakers the top thing the number 1 thing they are lacking on their current roster. It would give them an elite shooter.

Whatever trade ends up materializing for the Lakers, there is one thing we know for sure in this situation. If LeBron really doesn’t want to play with Westbrook for another season, then we probably aren’ t going to see Westbrook play another game in a Lakers uniform.