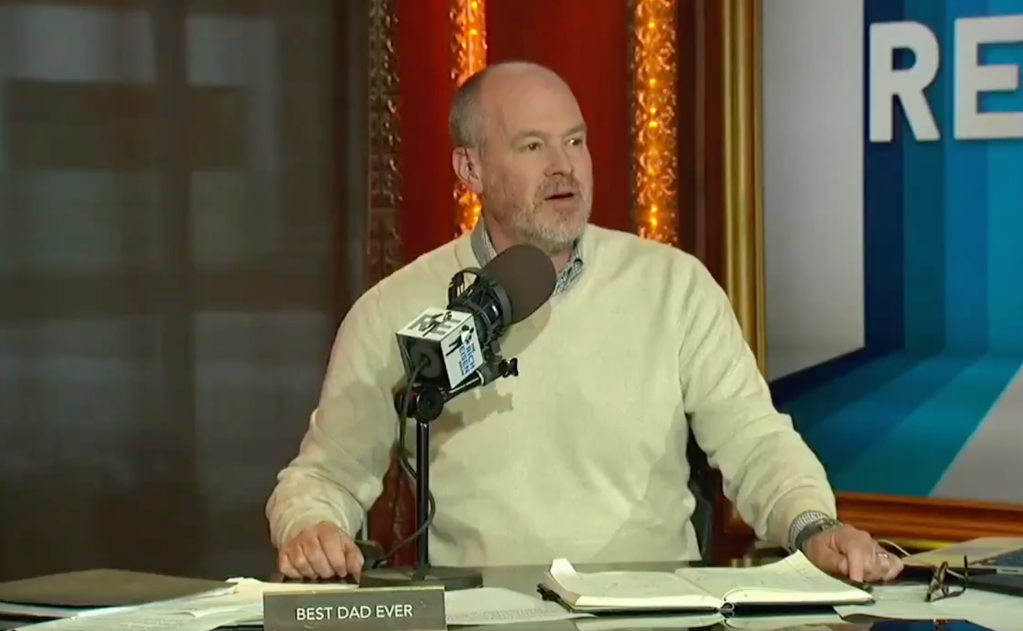 It became clear very quickly on Monday that Jon Gruden’s time in the NFL was up. As Rich Eisen states, Gruden’s “position was no longer tenable in the National Football League. Period. End of story.”

In an era where the news cycle moves a mile a minute, a lot of people in the NFL would probably love to see this story continue to focus on Jon Gruden without the spotlight moving around elsewhere. But there are a LOT of unanswered questions about the emails and how that culture was allowed to exist.

On Tuesday’s ‘Voice of Reason’ on The Rich Eisen Show, Rich goes all-in on just how grotesque this entire situation is from top to bottom. How some of the characters in this story shouldn’t even be able to look themselves in a mirror with what they were saying at the times they were working with players. Just hours ago Jon Gruden was coaching the first openly gay active NFL player.

For anyone out there who still doesn’t see why Jon Gruden had to go, this clip lays out the many reasons that Jon Gruden’s NFL time was up and is likely up indefinitely.

Where do we go from here? Well, a lot of football guys need to start talking before the NFL continues to leak more emails.

First and foremost, Bruce Allen has a lot of questions to answer. He was receiving and sending those vile emails with Jon Gruden and the conversation flowed in a way that made it seem commonplace. Then there’s Gruden who still has a LOT of explaining to do about his bigotry and homophobic remarks.

If you’ve been living under a rock and need to catch up on the Jon Gruden situation, here’s a rundown of articles you can read:

Will Jon Gruden ever work in football again or is he just going to go be rich on the sidelines now?