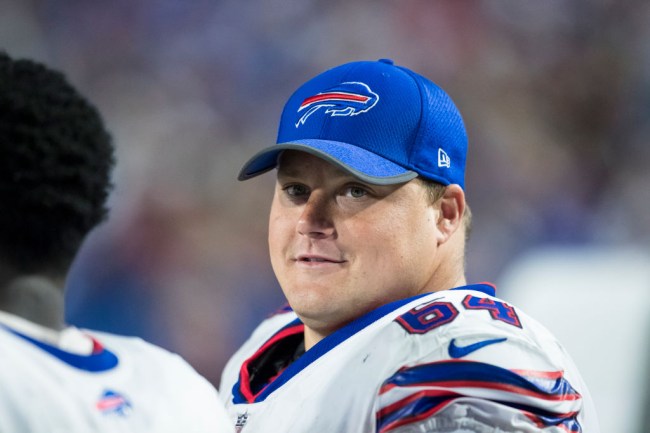 Former NFL offensive lineman Richie Incognito has had a very tough week following the death of his father over the weekend. The 35-year-old free-agent was reportedly place in police custody Tuesday on charges of disorderly conduct and making threats, a spokesperson for the Scottsdale, Arizona, PD said.

The Scottsdale police department confirmed that the former Pro Bowl lineman was arrested on Monday following an altercation at Messingers Funeral Home while handling arrangements for his father.

Incognito’s behavior following his release from the Buffalo Bills has been troubling. Back in May, Incognito was reportedly put on psychiatric hold after an altercation with a man at an upscale gym in Boca Raton, Florida ended with him throwing a dumbbell at the man and the cops being called.

The man also said that Incognito was rambling about the government and screaming at the man to “get off my fucking playground.”

Following his father’s passing, Incognito tweeted out the following:

We KNOW HE IS IN HEAVEN

Incognito has evidently been going through some shit and who knows what the compounding effect his father passing has done to his psyche. Hopefully he can surround himself with a support system that will make this trying time a bit easier.