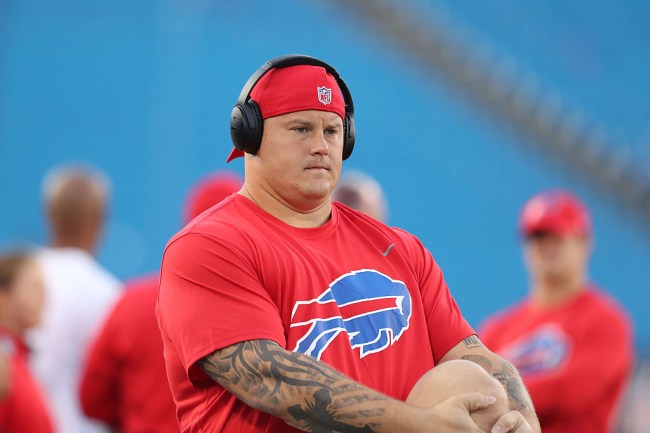 When you consider all of the evidence at hand, I don’t think it’s unfair to characterize Richie Incognito as a pretty terrible person thanks to the series of controversies he’s found himself at the center of since he entered the NFL in 2005.

During his first few years in the league, the guard earned a reputation as one of the dirtiest players in the league thanks to his affinity for eye-gouging and punching dudes.

However, that was nothing compared to the scandal Incognito found himself at the center of in 2013 after ESPN revealed he and a fellow teammate had gone to great extremes to bully Jonathan Martin—including sending him racist and homophobic text messages seemingly designed to break the player for no good reason.

However, he didn’t stop there.

In 2018, Incognito was put on psychiatric hold after throwing a dumbbell at a man while working out, and a few months later, he was arrested for disorderly conduct after threatening employees at a funeral home after his father passed away (he would be suspended for two games for the second incident but was still signed by the Raiders in the spring).

Now, we finally have some insight into Incognito’s mind courtesy of Real Sports, which recently sat down with the embattled player to discuss a number of topics.

In the interview, Incognito claimed he never actually bullied Martin despite all of the evidence at hand—including a 144-page report documenting the abuse—saying:

“I think the report was unfair to my side of things. I think the gentleman, who did the independent investigation, came in with the preconceived notion that I was guilty of doing this. I fit the bill. Hey, racist, homophobic, whatnot.

What I’m saying was, we were close, personal friends, It wasn’t factored into, ‘Hey, this is guy talk, these are two alpha males talkin’ to each other.’ Was some bad shit said? Absolutely. But was this a case of bullying? Absolutely not.”

He also shed some light on the funeral home incident and blamed it on a cocktail of substances he turned to as a coping mechanism.

“I thought I was acting normal. You, you couple in the days not sleeping, then the heavy marijuana use, plus the drinking, all that is a recipe for disaster for a person like myself…

I definitely understand their fear. And I’m sorry for striking that fear into them.”

Despite his best efforts, it’s kind of hard to sympathize with Incognito given his track record and his apparent inability to atone for what he did to Martin.

I’d say I’m shocked the Raiders decided to sign him but this is the Raiders we’re talking about so I guess I shouldn’t be too surprised.