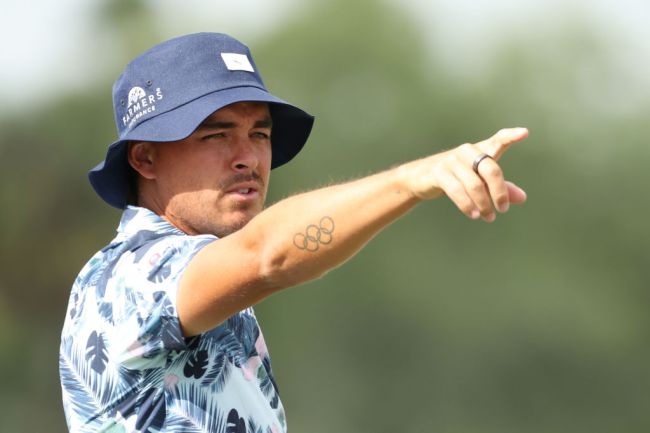 Rickie Fowler is in danger of missing this year’s Masters due to his run of being out of form, which would be the first time he’s missed out on the year’s first major since 2010. Earlier this month, Nick Faldo, the owner of three green jackets, publicly made note of Fowler’s struggles and took a bit of a jab at him on Twitter about the infinite amount of commercials he appears in these days.

Good news is if he misses the Masters he can shoot another six commercials that week! 😳 https://t.co/kgGcmaZUJO

After a bit of backlash from the tweet, Faldo shared a video explaining himself saying that Brits only roast people they like and that he and Fowler go way back. He said that Fowler even gave him the green light to give him the needle like he did and that his tweet was a motivational tactic to try to get Fowler to playing better.

Following his 2-under 68 in round two of the Honda Classic, Fowler was asked about the outside noise he’s been hearing during his poor run and whether or not it motivates him. While he wasn’t specifically asked about Faldo, Fowler addressed it head-on and essentially took the high road explaining that he understood what Faldo meant with his tweet.

“I know where Nick was trying to come from on that and it’s like competitor to competitor, you’re trying to needle each other and get each other going type of thing,” Fowler said. “I am fortunate to have some great partners and make some great commercials and it’s been fun to be able to do that. I would much rather be playing the week of the Masters than working. But it’s all part of it. I’m going to keep kicking down the door, if we’re able to do something special in the next few weeks before Augusta, we’ll be there. If not, we’ll keep grinding and we’ll be back in the winner’s circle soon.”

Fowler has recorded just two Top 10 finishes over the course of his last 28 starts on Tour, which includes 11 missed cuts. He was the No. 10 player in the world in May of 2019, but currently holds the No. 81 spot in the official world golf rankings. Without a win since 2019 and poor run, Fowler is on the outside looking in when it comes to the 2021 Masters.