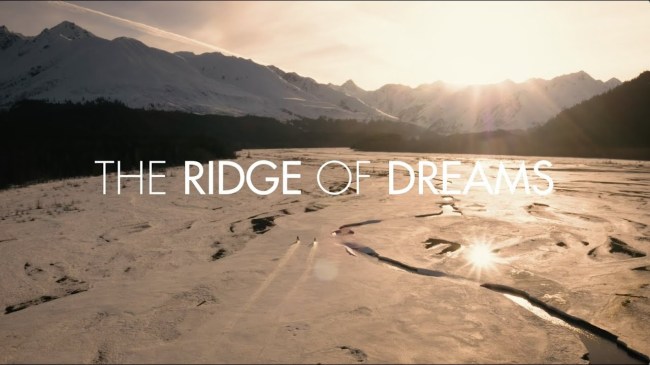 I can’t believe we’re just a month or so away from ski season. Like, I know I shouldn’t be surprised by anything this year, but it still blows my mind that it snowed in greater Boulder and Denver just a couple days after Labor Day. Wild times.

As I mentioned in my post about Jimmy Chin’s surf trip to FIJI, YETI – the cooler / drinkware brand – just rolled out a ton of new YETI PRESENTS short films on YouTube. Almost immediately after the rollout, I went down a YouTube wormhole. Much like Red Bull and Patagonia, YETI has mastered outdoor adventure storytelling; They’re building an ethos and heritage in-front of our very eyes, evolving their content into so much more that just hunting and fishing vignettes (…all of which are still incredible; the video about Sam the bird dog moves me to tears).

This story rules too. Directed and starring filmmakers Ben Sturgulewski and Zack Giffin (…the host of the show Tiny House Nation), it’s called The Ridge Of Dreams. It follows two best friends in Alaska, both with “very different views on life” yet a common denominator – skiing only the sickest remote mountains in the Alaskan wilderness. So they embark on a search for “a mythical unskied mountain” known as “The Ridge Of Dreams.”

The actual mountain ridge is treated like Moby Dick; It’s the white whale remote backcountry skiing, treated with both reverence and skepticism from a picture alone.

This isn’t the ski movie you’re expecting. There are no epic face shots or gnarly cliff drops. Not even one single, perfect line down a pristine backcountry face. But when you mix the far-fetched dream of two lifelong friends with the unpredictable nature of Alaska, the unexpected is exactly what you get. When permit issues throw Zack and Zack a curveball, they’re forced to make a decision that could put them in trouble with the law, permanently alter their relationship, or both.

But is this ski movie really a ski movie? In a Warren Miller sense, no. I wouldn’t be writing about it if that was the case – it’s not like it’s hard to find 4K drone videos of two dudes ripping freshies on a mountain on a bluebird day.

But in so many other ways, yes.

Yes it is really a ski movie; it’s what the journey is all about.

And that’s what makes it so damn good.