Robbie Anderson Doesn’t Want The Carolina Panthers To Trade For Baker Mayfield, But He Does Want Them To Sign Colin Kaepernick 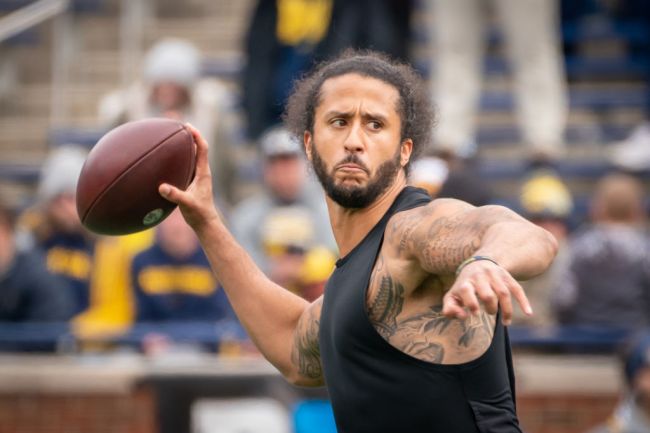 Robbie Anderson made headlines yesterday when he commented on an Instagram post to make it clear that he does not want the Carolina Panthers to trade for Baker Mayfield. Today, he’s making headlines again.

That quarterback is Colin Kaepernick.

Robby Anderson might not want Baker Mayfield, but he does seem to want Colin Kaepernick pic.twitter.com/Wo5Z4KM0d3

The reality for Colin Kaepernick right now is that we have absolutely no idea what he is capable of in the year 2022. He might be able to contribute for a team and if a team believes he can then they should bring him in.

However, to state clearly that you don’t want Baker Mayfield and do want Colin Kaepernick in the course of less than 24 hours is just ridiculous. We don’t know what Colin Kaepernick is right now, but it’s hard to believe that it’s better than Baker.

The last time we saw Kaepernick in the NFL, he was benched for career backup, Blaine Gabbert. Now he’s been out of the league for 6 years and will turn 35 in the middle of next season. It’s unlikely that he will possess the same scrambling ability he did in his prime that, which was really the focal point of his game.

Meanwhile, Baker Mayfield is only a season removed from leading the Cleveland Browns to their first playoff win in decades. This past season was a disappointment, but he spent most of it playing through a shoulder injury that required surgery and didn’t have much at all to throw to.

Baker Mayfield is younger, more accurate, and could still actually be the long-term answer at quarterback for a franchise.

Maybe Colin Kaepernick has somehow improved his accuracy in his 6 years away from football, but in the much more likely scenario where it has gotten worse in that time, Robbie Anderson would find himself regretting this stance by around week 3 if the Carolina Panthers actually listened to him.