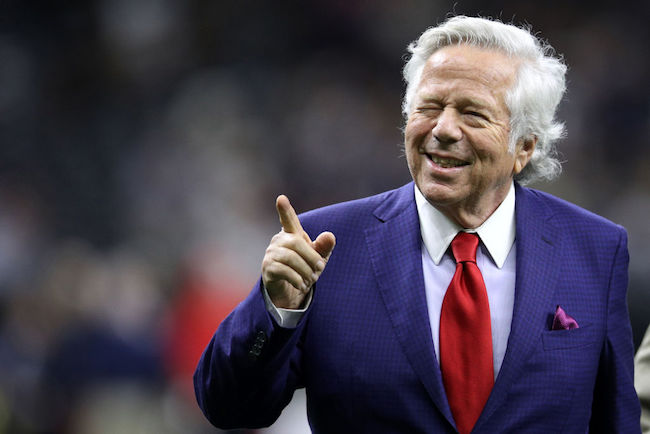 There’s been an incredible outpouring of support in the wake of the shooting at Stoneman Douglas High School in Florida last month— especially from Dwayne Wade, who surprised the student body by showing up at the school and paid special tribute to a victim who was buried in his jersey.

A number of students at the school have quickly become some of the nation’s most visible advocates in regard to gun control, and they helped osnspire “The March For Our Lives,” which is scheduled to be held in Washington D.C. with copycat events around the country on Saturday. Plenty of people are taking a trip to support the cause, but one special group gets to travel in style thanks to New England Patriots owner Robert Kraft.

According to The Boston Globe,  Kraft —who I was surprised to learn did not make his fortune by selling boxed mac and cheese— flew the Patriots team plane to Florida so that those affected by the tragedy could head up north for free. The list of passengers included the families of the 17 victims in addition to multiple students who were injured.

Kraft decided to temporarily donate the plane after being asked for a favor from the co-founder of a gun control group. The Patriots owner was a vocal supporter of Donald Trump during the 2016 election cycle, but there are some things in this world that matter more than politics.

I think it might be safe to say that this is one of those things.