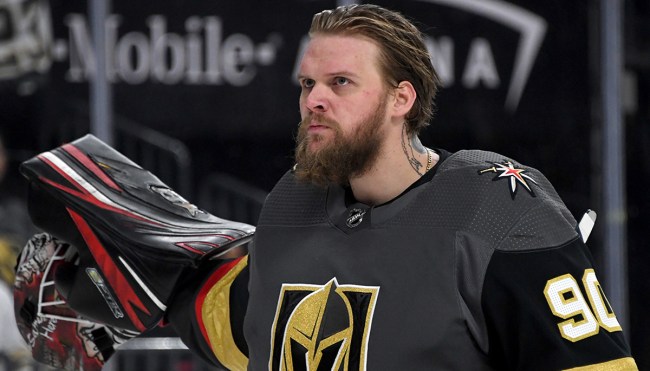 In 1995, drug manufacturer Purdue Pharma appeared to debut a revolutionary breakthrough in the form of OxyContin, a painkiller that was quickly embraced by doctors who were led to believe there was virtually no risk in prescribing what was essentially marketed as a miracle cure with no real risk of addiction.

As you’re probably aware by now, that was decidedly not the case. Unfortunately, by the time it became impossible to deny it (and other opioids) that were widely prescribed for over a decade were incredibly easy to abuse, it was too late, as the United States was already in the midst of a full-blown crisis.

Earlier this year, Brett Favre revealed he was popping 16 Vicodin on a daily basis at the height of his addiction to the opioids he began taking in the 1990s to treat the pain that comes with playing in the NFL. He’s far from the only athlete to fall victim to those drugs, as many other football players have shared similar stories and Los Angeles Angels pitcher Tyler Skaggs passed away after allegedly taking tainted pills given to him by a team employee he’d relied on to get his fix.

Now, Las Vegas Golden Knights goaltender Robin Lehner has shined a light on a similarly alarming trend he claims he’s observed over the course of his time playing professional hockey. Over the weekend, the netminder took to Twitter to accuse multiple NHL teams of handing out Ambien and benzodiazepines like Xanax and Valium to players while on road trips and threatened to spill even more tea if the league refused to take any action.

#PhiladelphiaFlyers ? Dinosaur coach treating people robots not human. Fire these dinosaurs. Fire #vigneault first story. I got proof.. try to shake your way out of this one ….

Come up about me. I don’t care.

Lehner said he was given Ambien and told to use the medicine as a sleeping pill only to discover it actually prevented him from getting a good night’s rest eight years after he started taking it. On Sunday, SportsNet‘s Elliotte Friedman said the NHL was interested in speaking to the goalie about the matter, but as Akim Aliu noted, the league doesn’t exactly have a stellar history when it comes to dealing with situations like this.

And perhaps the NHL will feign interest, claim to investigate, and never get back to you for two years and hope the public attention just goes away. https://t.co/969SvBKOpc

I guess we’ll find out if this situation will be different—or if Lehner is really ready to pull out some receipts.