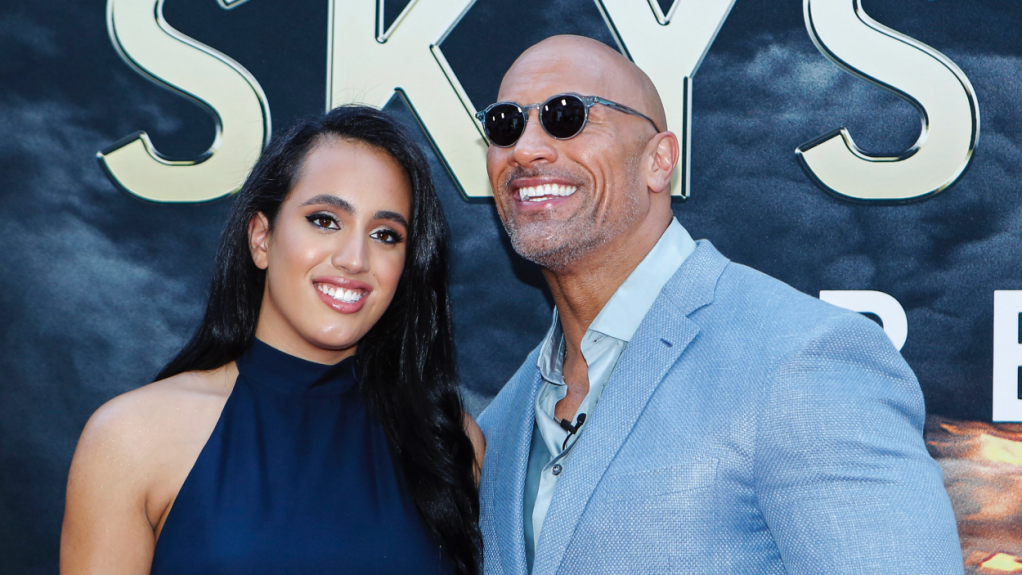 Dwyane ‘The Rock’ Johnson is one of the most iconic wrestlers in WWE history. Period point blank. He was a juggernaut of the WWE renaissance of the 90s and 00s before he became one of the most famous people on planet earth and the highest-paid actors in Hollywood.

The Rock‘s WWE legacy is now passing to his 21-year-old daughter Simone Johnson who just made her WWE debut as Ava Raine in a surprise reveal that had WWE fans losing it. On Tuesday’s WWE NXT, Simone Johnson was revealed as the fourth member of Joe Gacy’s Schism.

It was a tense moment culminating with The Rock‘s daughter Simone Johnson pulling back her mask to reveal herself as the newest Schism member. And this marks the first chapter in her WWE story that carries the highest expectations imaginable given who her father is and his own WWE legacy. It was also several weeks coming with Ava Raine wearing a mask underneath a red hoodie

Here’s the moment 21-year-old Simone Johnson is revealed as Ava Raine in Schism:

Let this sink in for a moment: Joseph Staszewski of the Post writes that this is WWE’s ‘first fourth-generation supestar’. FOURTH GENERATION. Her great-grandfather was “High Chief” Peter Maivia, her grandfather was Rocky Johnson, and her dad was The Most Electrifying Man in Sports Entertainment, Dwayne ‘The Rock’ Johnson.

Well that was unexpected, holy shit

The Schism first appeared earlier this year during NXT Spring Breakin’ in May. Schism now consists of Joe Gacy, Rip Fowler, Jagger, and Ava Raine and their overall goal is sending ‘openness’ and ‘inclusion’ within NXT. So it will certainly be interesting to see where they take that going forward.

It was previously announced that Simone Johnson would use ‘Ava Raine’ as her wrestling name. That announcement was a bit controversial at the time. Many assumed she’d go with a name that had a connection to her roots. And it came quite a while after The Rock’s daughter signed her WWE contract all the way back in February 2020:

If you aren’t familiar with Simone Johnson or Ava Raine yet, you’re not alone. She is well on her way to becoming a global star. This is just Step 2 in a long line of steps that ends with Simone Johnson eventually becoming President of the United States of America. Probably…