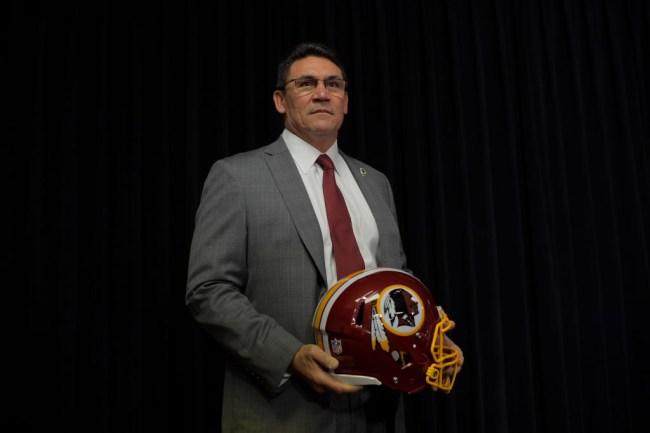 Ron Rivera was officially introduced as the newest head coach of the Redskins on Thursday, which apparently was Thanksgiving Day according to owner Dan Snyder, and it hasn’t taken him long to make some changes to his new team.

The first stamp Rivera decided to put on the franchise? Removing all the fun from the team’s locker room. Rivera supposedly removed the ping pong tables and shuffleboard tables that were in the facility for the players.

Ron Rivera bas been on the job about 20 hours and he has already made a couple changes at Redskins Park. He got rid of the ping pong and shuffle board tables that were in the locker room for player use.

This is it, this is what is going to turn this franchise around from being a team that hasn’t won more than 9 games since 2012 into a powerhouse.

In all seriousness, I guess Rivera had to start somewhere. He’s clearly a no-nonsense guy that doesn’t want any distractions in the locker room, but since when did ping pong ever hurt a team. It’s not like these guys are going to get caught up in a game on the table and miss out on something, but Rivera is going to be Rivera.

He probably could have left the shuffleboard tables, though. I’m pretty sure those have strictly been put in game rooms and such for display only since about 1982. When is the last time you saw a shuffleboard table that actually had sand on it, or anyone actually playing the game?

Maybe Rivera is just looking ahead and is going to replace the games with some pool tables, card tables and a row of dartboards.