Ronda Rousey Talked About Her WrestleMania Injury, Quitting WWE, And Her #impregnationvacation 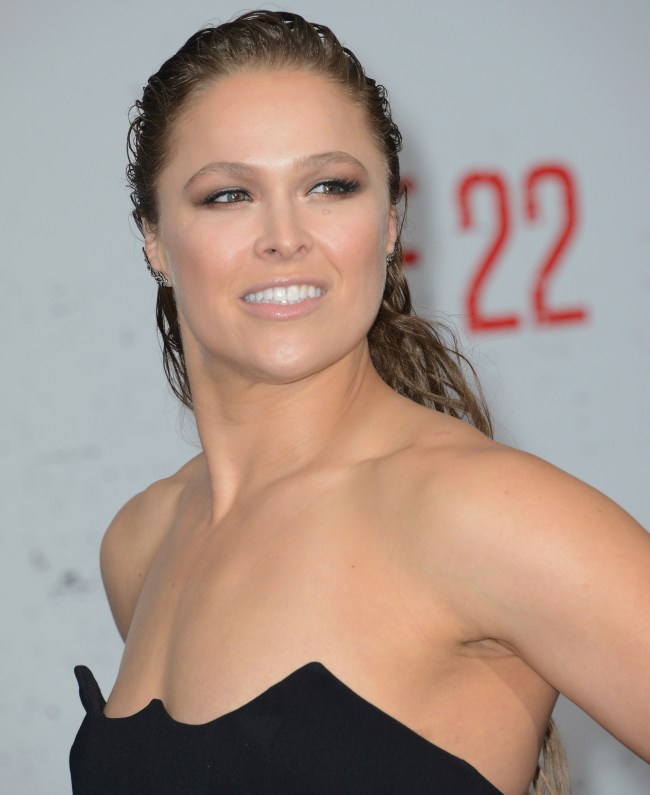 The last time most of us saw Ronda Rousey she was getting pinned (sort of) by Becky Lynch for the WWE Raw women’s championship during the main event at WrestleMania 35.

Since then we have learned that Rousey suffered a hand injury during the match that required some sort of surgery and that she will be taking a hiatus from the WWE for a #impregnationvacation, as she put it on Instagram in the week following ‘Mania.

On Monday, Rousey and her husband Travis Browne took to YouTube to discuss the injury she suffered at WrestleMania 35, getting pregnant, and the possibility of her never returning to wrestling for the WWE.

As for the injury, Rousey says that she busted the knuckle on her right pinkie during her match with Lynch, requiring surgery to put two pins in her hand and for her to be in a cast for four weeks.

“Originally we approached them and I thought I’d only be able to wrestle from WrestleMania til November because we already wanted to start a family,” Rousey explained. “We came to the WWE as like, ‘Hey, before we have a baby I just want to be able to come do this for a couple of months because it’s something I always wanted to do.’ And then it just kind of snowballed into instead of being like, a small detour in my life, it became my whole life for an entire year and I completely fell in love with it.”

Addressing her future, in both the WWE as well as in getting pregnant, Rousey said, “As for WWE plans in the future, we want to have a baby first. I don’t know what it’s like to have a baby. I could look down at this beautiful child and be like ‘f**k everything, I don’t care about anything else other than this baby.’ And you’ll never see me again.”

At this point, Browne spoke up, saying, “You’ll see her.”

“Or, I could be like my mom, who trained while she was eight months pregnant and then won the US Open six weeks after giving birth. Which was unbelievable,” Rousey continued. “I don’t think I’m going to try and aspire to her level. But I’m just saying, you never know, I don’t want to make any promises about the future when I don’t know how I’m gonna feel in the future.”

So have we heard the last of Ronda Rousey? As her husband intimated, it seems highly unlikely.