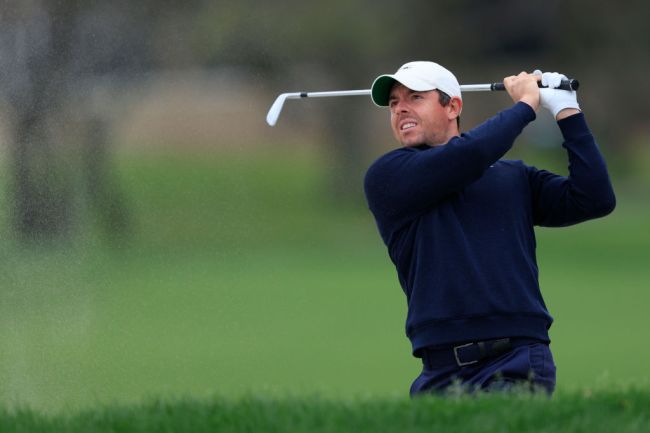 The second week of March 2020 will go down in sports history as the coronavirus made its presence known. Within a 24-hour stretch between March 11 and March 12 both the NHL and NBA suspended its seasons, the NCAA Tournament was canceled, and President Trump suspended travel from Europe to the United States. Despite all of this, the PGA Tour was running full-steam ahead and The Players began as scheduled on the morning of March 12 at TPC Sawgrass.

For a moment, golf was the only sport left standing.

The first round of the tournament was completed on Thursday with fans in attendance. As all of these cancelations were taking place, and while fans were literally already on the grounds, PGA Tour commissioner Jay Monahan stepped in and announced that no fans would be allowed at the tournament on Friday.

Rory McIlroy, the defending Players champion, was emphatic following his opening round saying “we need to shut it down” if a single player or caddie tested positive.

Fast-forward not long after McIlroy’s comments and the rest of the world practically shutting down, and the Tour made another announcement, canceling the remainder of the Players and the next four tournaments on the schedule.

Now, Players week is upon us yet again. The world has changed dramatically over the past 12 months and during his Tuesday presser, McIlroy was asked to reflect on the surrealness of those 24 hours or so of teeing it up in the event and then everything suddenly coming to a stop.

“I mean, it is, it’s the anniversary of where the world really changed, especially the sporting world, what happened in the NBA and then every other sport sort of followed what they did,” McIlroy said.

“Yeah, it’s amazing, and to think that we’re a year into it and we’re still having to do certain things. I mean, obviously back in the UK the vaccine rollout is going incredibly well, which is great to see, and that bodes well for hopefully sporting events and golf tournaments being staged there in the summer.

But yeah, it’s surreal. I was saying to someone yesterday, it’s felt like an incredibly slow 12 months, but at the same time it’s gone really fast. I can’t believe we’re back here already. But happy that we are back and happy that we get to play.”

It is quite surreal to think it’s been a full year since the sports world shut down. As McIlroy said, it’s felt incredibly slow for the most part, but as the light at the end of the tunnel is getting just a bit brighter, things are starting to speed up in the best way possible.

The Players will welcome 20% full capacity on the Stadium Course this week with all in attendance required to wear masks at all times.