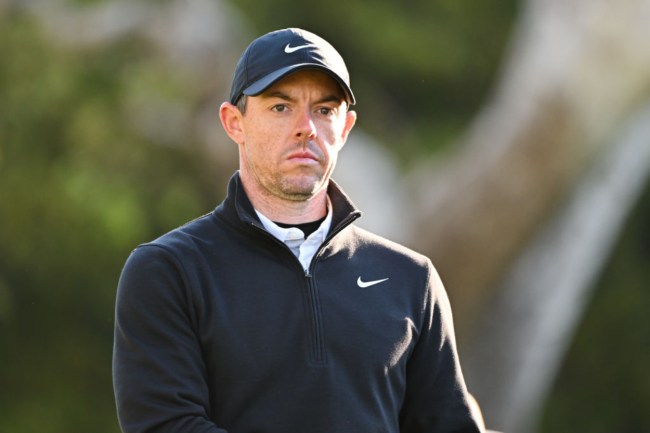 Rory McIlroy already laid into Phil Mickelson after he called the PGA Tour a “dictatorship,” but it appears the four-time major winner isn’t done sharing his thought about the lefty.

Mickelson released an apology on Tuesday afternoon that wasn’t exactly received all that well from the vast majority in the golf world. Mickelson’s apology seemed more like damage control, and not once did he mention the PGA Tour or commissioner Jay Monahan by name. McIlroy, like many, doesn’t seem to be all that accepting of Mickelson’s apology.

Rory getting all philosophical regarding the Phil situation.👀 pic.twitter.com/THtUlmvB1f

Could McIlroy have just randomly stumbled across the quote and decided to share it with his 2.2 million followers on Wednesday? Sure, but let’s be real here, he’s clearly taking a jab at Mickelson.

McIlroy, who has consistently pledged his loyalty to the PGA Tour, made headlines on Sunday for his reaction to Mickelson’s comments. Mickelson not only called the Tour a “dictatorship,” but he also poorly explained that the Tour needs to change while simultaneously calling the Saudis “scary motherf–kers” and murderers.

“I don’t want to kick someone while he’s down obviously, but I thought they were naive, selfish, egotistical, ignorant,” McIlroy said about Mickelson’s comments.

“It was just very surprising and disappointing, sad. I’m sure he’s sitting at home sort of rethinking his position and where he goes from here.”

McIlroy isn’t the only PGA Tour player, nor will he be the last, to sound off against Mickelson in the coming days.