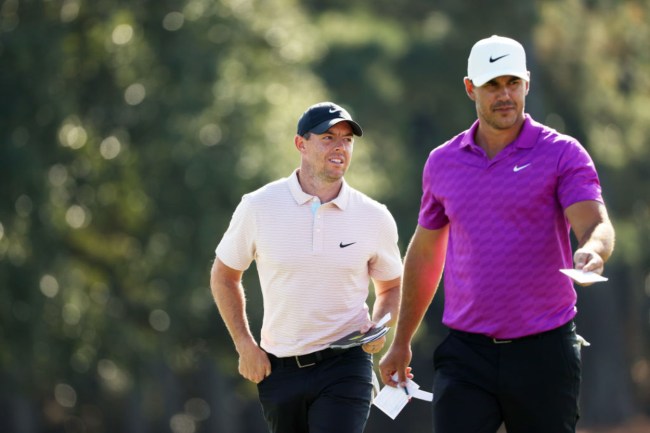 On Wednesday, Brooks Koepka officially became the latest big-name player to join the Saudi-backed LIV Golf Invitational Series. While golf fans and media members alike weren’t exactly surprised by Koepka’s decision, Rory McIlroy seems to have been a bit caught off guard with the move.

Speaking to the media ahead of this week’s Travelers Championship, McIlroy was asked the very simple question of whether or not he was surprised by Koepka’s decision to join LIV Golf.

Koepka’s recent comments with the media made it seem like he was likely staying put on the PGA Tour, but McIlroy took things further, saying Koepka was sending that same message in private conversations as well.

Am I surprised? Yes, because of what he said previously,” McIlroy said on Wednesday.

🗣️ "They say one thing and then do another."

McIlroy has been by far and away the most outspoken Tour player when it comes to LIV Golf. Even when LIV Golf was just a rumor, McIlroy pledged his loyalty to the PGA Tour while bashing the breakaway circuit.

The 33-year-old also made sure to take a shot at Greg Norman, LIV Golf’s CEO, after winning the RBC Canadian Open two weeks ago.