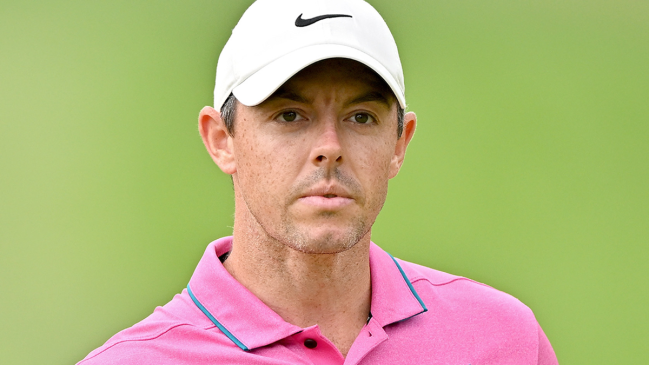 LIV Golf has spent the bulk of its existence weathering the hurricane of controversy it’s been at the center of since it started using the billions of dollars of Saudi Arabian money at its disposal to begin poaching players on the PGA Tour earlier this year—including a number of golfers who initially criticized the upstart league before changing their tune after being offered a massive bag to defect.

However, there are still a number of notable names who’ve refused to swap allegiances. Tiger Woods has been incredibly vocal about his issues with LIV while repeatedly taking aim at CEO Greg Norman, but his disdain has nothing on the undying hatred Rory McIlroy has for the organization and how The Shark has approached his role at the helm.

Woods and McIlroy have been instrumental in helping the PGA Tour chart a new course while attempting to mitigate the damage after watching dozens of pros make the leap to its de facto rival in 2022, but the Northern Irishman has seemed to take that challenge especially personally based on the many, many shots he’s fired in LIV’s direction over the past year or so.

McIlroy appeared to admit he was open to some sort of truce between the two leagues in October. However, he made it pretty clear there’s no chance any progress can be made if Norman is still at the helm (and sentiment Woods echoed at the end of November), and it seems like the two sides will be at a standstill for the foreseeable future based on what the Australian golf legend had to say about those calls to step down.

Now, we’ve gotten some insight into the origins of their feud, as McIlroy shined some light on his beef with Norman during an interview The Independent published over the weekend.

During his lengthy conversation with Irish journalist Paul Kimmage, the 33-year-old said he and Norman were still on fairly good terms as of this spring; McIlory recalled reaching out to compliment him on his candidness in Shark, the 30 For 30 documentary about the Aussie’s collapse at The Masters in 1996 that aired shortly after this year’s tournament in Augusta.

“He came back to me straight away: “I really think golf can be a force for good around the world … Great to see you playing so well … I know our opinions are not aligned but I’m just trying to create more opportunities for every golfer around the world.” Fine. Really nice.”

Unfortunately, Norman was slightly less gracious in an article that was published in June containing a quote McIlory said was enough to make him his sworn enemy:

“Then, a couple of weeks later, he does an interview with The Washington Post and says I’ve been ‘brainwashed by the PGA Tour.’

I’m like ‘For f—k sake!’ We’ve had this really nice back-and-forth and he says that about me. I thought, ‘You know what? I’m going to make it my business now to be as much of a pain in his arse as possible.’”

Based on what’s transpired since then, it seems like McIlroy has accomplished that mission.