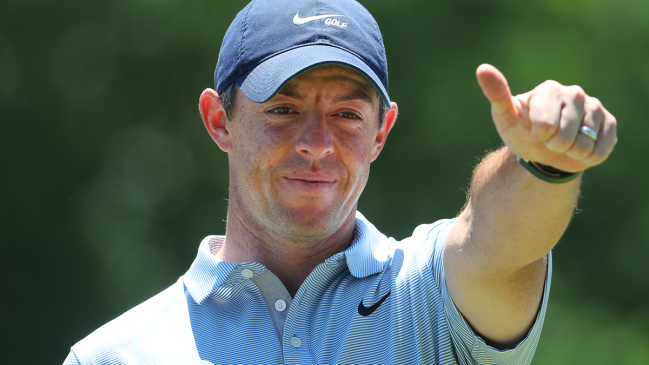 Over the past year, LIV Golf has used the virtually endless amount of money the Saudi Arabia Public Investment Fund has at its disposal to successfully poach dozens of players from the PGA Tour—a list filled with notable defectors including Phil Mickelson, Henrik Stenson, and Cameron Smith.

LIV’s decision to target the PGA has understandably not sat well with a number of players who’ve made good on their promise to stay loyal to the Tour, and it’s hard to think of any high-profile names who’ve been a more vocal critic of the upstart competitor (and the golfers who’ve made the leap to it) than Rory McIlroy.

McIlroy has aired a number of different grievances since he described LIV Golf as a “money grab” back in May. He may have decided to walk things back a bit after ripping into Phil Mickelson for taking his talents to LIV, but he left plenty of disdain in the tank for CEO Greg Norman and made it very clear he has no plans to leave the PGA Tour like many of his fellow players have.

With that said, it sounds like the man who recently reclaimed the No. 1 spot in the world golf rankings is getting a bit tired of fighting that particular fight based on what he had to say in a recent interview.

McIlroy recently chatted with Ewan Murray of The Guardian about the impact the ongoing feud has had on the game of golf and addressed the ever-widening rift that’s formed between players who’ve sworn allegiances to rival organizations—one he appears to think is on the verge of reaching a point where it’s too large to traverse.

While he didn’t explicitly call for a compromise or float a specific solution to the issue, the man who is arguably the most talented member of Europe’s Ryder Cup team made it clear something has to change for the betterment of golf as a whole:

“This ‘us versus them’ thing has gotten way out of control already.

If the two entities keep doubling down in both directions, it is only going to become irreparable. We are going to have a fractured sport for a long time. That is no good for anyone.”

With that said, he also took the opportunity to fire his latest shot at Greg Norman, saying:

“He has basically found people to fund his vendetta against the PGA Tour. I think he hides behind ‘force for good’ and all that stuff … this has been his dream for 30 years and he has finally found people who can fund that dream.”