Rory McIlroy Explains Why His Stance On Phil Mickelson Has ‘Softened’ Amid Controversy, Calls His PGA Championship Absence ‘Sad’ 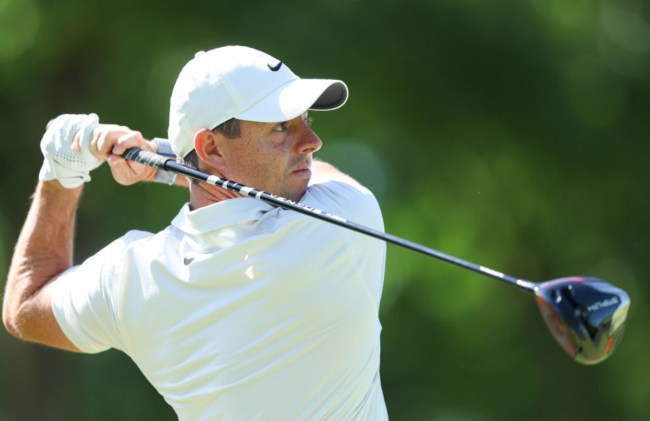 When it comes to PGA Tour players, Rory McIlroy was, without question, Phil Mickelson’s biggest critic following his controversial comments about the PGA Tour and Saudi-backed LIV Golf.

Fast-forward from mid-February to today and McIlroy has “softened” his stance when it comes to Mickelson.

“He’s made a decision and has to live with certain consequences,” McIlroy said ahead of this week’s PGA Championship. “People can say there were actions, but for the most part they were words. And I think people can be forgiven for words.”

“I came out a little strongly against him at the start, but my stance has definitely softened over the last few weeks,’’ McIlroy told Sky Sports, according to the New York Post.

“Phil Mickelson has been a legend in our game for the last 30 years and I certainly don’t think he should be shut out of the game. I think whenever he comes back, he should be … maybe just a little more gracious.”

“He said some bad things and offended some people, but I don’t think that makes it right to completely shut him out from the game.”

Back in February, Mickelson made negative comments about the PGA Tour calling it “a dictatorship” plus made, flirtatious remarks about Saudi-backed LIV Golf. He also referred to the Saudis funding the rival circuit as “scary motherf–kers.”

Following his scathing comments about the PGA Tour and LIV Golf, Mickelson has been on the receiving end of non-stop criticism from all corners of the golf world.

Lefty issued an apology a couple of days after his comments while also announcing he’d be taking time away from the game. Since then, he’s essentially gone into hiding and after skipping the Masters in April, he won’t be defending his PGA Championship title this week at Southern Hills.

“This should be a celebration,” McIlroy said. “He won a major championship at 50 years old. It was possibly his last big, big moment in the game of golf.”

“I think he should be here this week and celebrating what a monumental achievement he achieved last year. It’s unfortunate. It’s sad. Yeah, I don’t know what else I can say.”

It’s entirely uncertain what Mickelson’s future in the game of golf looks like at the moment, but it’s clear that at least some of his fellow Tour players want to see him back out there sooner rather than later.