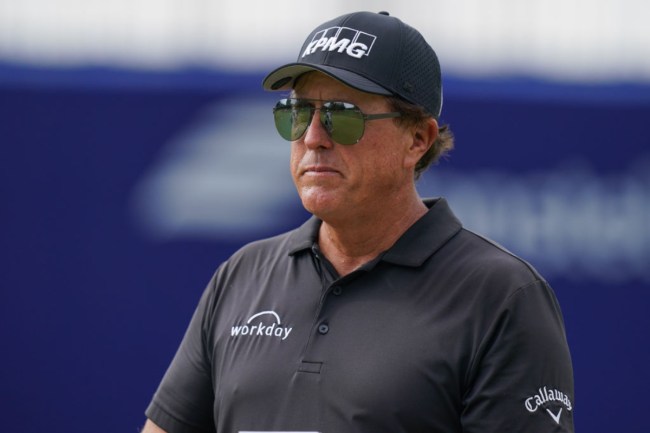 PGA Championship week has arrived and Phil Mickelson will not be defending his title at Southern Hills.

If someone had told you that last year, as Mickelson hoisted the Wanamaker Trophy at Kiawah Island, you would assume the only reason Lefty wouldn’t be defending his title would be due to injury.

Of course, that isn’t the case, not at all.

Instead, Mickelson has become the most disruptive player in professional golf and he’s made the personal choice of skipping this year’s PGA Championship, just like he skipped out on the Masters in April.

Mickelson went from being one of the most beloved golfers to ever tee it up to a villain in many people’s minds following his negative comments about the PGA Tour and controversial, flirtatious remarks about Saudi-backed LIV Golf.

Since his comments came to light in February, which resulted in him losing a number of sponsorships, Mickelson has gone dark.

Mickelson hasn’t played a tournament since February, and some PGA Tour players want to see his hiatus from professional golf end sooner rather than later.

Webb Simpson, who is unanimously known as ‘one of the good guys’ on Tour, touched on cancel culture while explaining his stance regarding the Mickelson situation.

“We’re in a cancel culture right now,” Simpson said. “If you say one thing, or somebody digs up something in your past, they cancel you.”

“There have been many situations out here, and in sports, where a player might have done something wrong, sure we can all agree, but I would rather be in an environment where it’s a forgiveness culture, not a cancel culture.”

“There should be consequences for when we screw up, but I don’t think it should be as much as we’ve seen where it’s like ‘Hey, you’re out. You’re gone,'” the seven-time Tour winner continued.

Harris English thinks that golf needs Mickelson while also knowing just how much Mickelson himself has missed out on competing.

“I hope he does come back, and I’m ready for him to come back,” English explained. “Golf needs him back. I hope he’s very gracious in his return.”

Mickelson hasn’t spoken publicly or been heard from at all, since issuing an apology following his controversial comments in February. In his apology, he announced he’d be stepping away from the game, and now that break from golf has extended beyond the 2022 PGA Championship.