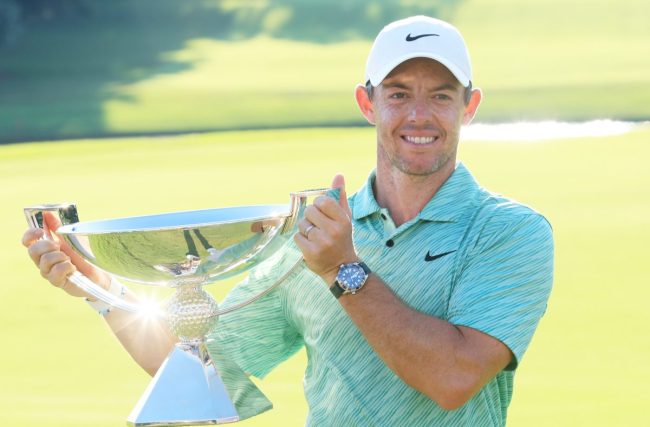 Rory McIlroy has been pretty outspoken about the LIV Tour this season, sticking on the side of the PGA as others in golf slowly switch teams. Most of that movement circles around money, with the new Saudi-backed league throwing boatloads of cash to lure players.

The moves to LIV disqualify players from competing on the PGA Tour, as the association has drawn its line in the sand on players that choose to leave. McIlroy has been adamant on his stance that the PGA is the best place to play, holding strong to his belief that staying on the Tour can outweigh the massive sums of money that LIV offers.

On Sunday, he proved that a bit by beating the world’s top ranked golfer and winning the FedEx Cup. That win helped net McIlroy $18 million while solidifying his status as one of the best in the game.

He took a moment to do a victory lap after the win, throwing some shade at LIV in his celebration speech.

McIlroy took to the mic after the win, and he trolled players that left for LIV while celebrating his victory.

"It's the greatest place in the world to play golf."

It was a great win for McIlroy, who overcame a six-stroke deficit to land the championship. It will be interesting to see how he handles his offseason, though a chunk of it could focus on his new league formed with Tiger Woods.

He has become the face of the PGA, and it’s only fitting that he’d land a championship trophy.