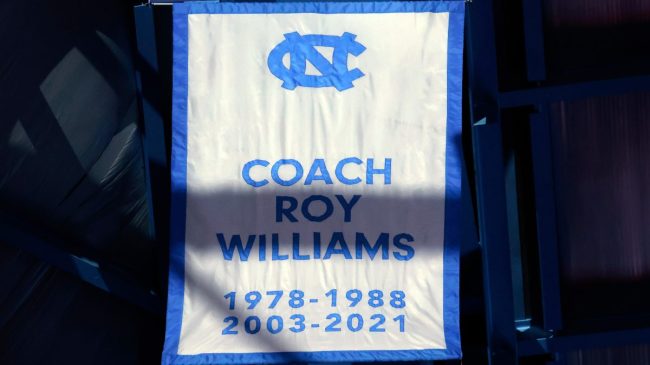 Each has run through their respective side of the bracket to reach the pinnacle of the sport. Now, all that awaits is March Madness’s final matchup.

While both teams have an opportunity to land a title, the paths to this point have been much different.

Kansas entered the year as one of the nation’s top teams. They rolled through Big XII play to receive a No. 1 seed in the NCAA Tournament. The Jayhawks capitalized on the seeding by taking down overmatched foes in Texas Southern, Creighton, Providence, Miami, and Villanova.

North Carolina, on the other hand, has had a bit of a Cinderella run. While they are one of college basketball’s blue bloods, the Tar Heels entered the tournament as a No. 8 seed. They had to upset the likes of Baylor, UCLA, and Duke to reach the title game.

While both teams have successfully landed in this championship matchups, there’s something else that they each share.

Both were coached by Roy Williams. In fact, both Bill Self and Hubert Davis succeeded Williams immediately upon his departure from the programs.

As a result, the retired head coach has become a bit of a storyline over the last few days of March Madness. He was asked on Sunday if he was rooting for one team above the other.

Williams was a bit non-committal to picking sides between his “two favorite teams.” He did, however, say that he’s “not pulling for Kansas to lose,” but he is “pulling for North Carolina to play great.”

I guess you can consider that a pick for the Tar Heels.