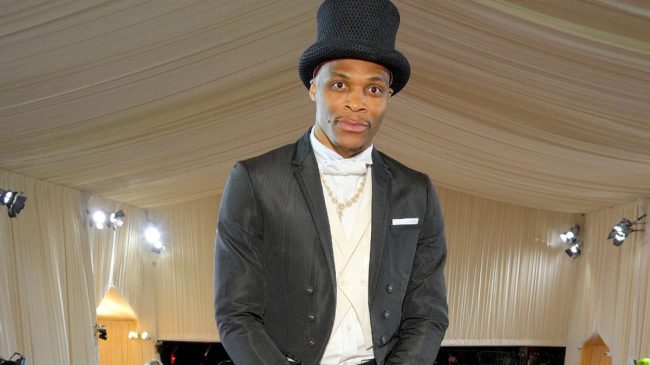 Russell Westbrook took some time away from basketball to make an appearance at the Met Gala on Monday.

Of course, things were made easier with the Lakers missing the NBA Playoffs. Westbrook made headlines throughout the season, drawing both praise and criticism from fans and media.

Even away from the court, the NBAer had folks talking. Not about his shot or a debate of his future, but for his interesting outfit choice.

Russ pulled up to the #MetGala 🎩

Westbrook took a trip back to the 17th century with this look. It looks like something you’d be more likely to see in the Bridgerton TV series as opposed to on the red carpet.

As you can expect, the getup drew a ton attention on social media.

The response on Twitter was quite funny, with many making hilarious comparisons as to who Westbrook looked most like. Take a look for yourself.

Westbrook is enjoying the offseason with his future still up in the air. His status with the Lakers could be a bit foggy following an up and down year, though LeBron handpicked the guard so maybe they’ll offer the scorer one final opportunity to turn things around.

Should he move on from Los Angeles, he’s sure to find a spot on another roster. Until then, though, fans and media can keep a lookout at these high-profile entertainment events for the latest Westbrook happenings.