There’s A ‘Good Chance’ Seahawks Trade Russell Wilson If A Team Is Desperate Enough To Pull Off The Move, Per Report 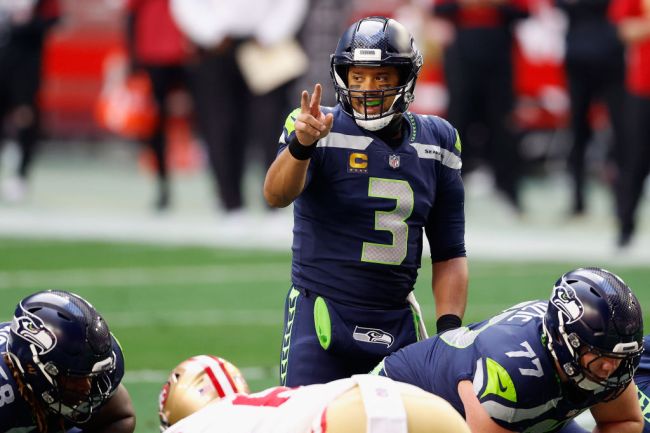 You aren’t alone if you’re thinking that there’s no possible way the Seahawks trade Russell Wilson, it would make zero sense for them to do so. The rumors and reports of Seattle at least thinking about shipping him away, however, have become impossible to ignore and there appears to be some very serious truth to them.

ESPN’s Dianna Russini joined ‘Get Up’ on Thursday morning and added fuel to the fire as well. She herself even admitted that two months ago she thought there was zero chance Seattle would deal its franchise QB, but here we are.

“Two months ago, I would’ve told you there’s no chance this is happening. The Seattle Seahawks are not trading Russell Wilson,” Russini said. “But this thing has been picking up steam over the last two weeks. Both sides have done nothing to put this to bed. Russell Wilson has not come out and said ‘I want to play for the Seattle Seahawks’ and the front office has done nothing to show Russell is their guy.”

“Those in league circles believe that there’s a good chance this could happen if a team is desperate enough to make this trade.”

A “good chance” a trade could happen? Wow.

Two months ago @diannaESPN would have told you there's no chance Russell Wilson gets traded. But now …

"This thing has been picking up steam … Those in league circles believe that there's a good chance this could happen if a team is desperate enough to make this trade." pic.twitter.com/Vby7QCajX6

Earlier this month, Russini reported that Wilson is unhappy in Seattle, and that calls have been placed both to and from the Seahawks at least testing the waters about a possible trade.

The Russ wants out of Seattle rumors started when the Seahawks chose to fire offensive coordinator Brian Schottenheimer. Wilson took his frustrations about the firing public and voiced his displeasures with the media. Then, toward the end of February, The Athletic reported that Wilson presented Seattle with a list of potential trade destinations which includes the Saints, Dolphins, Raiders, and Jets.