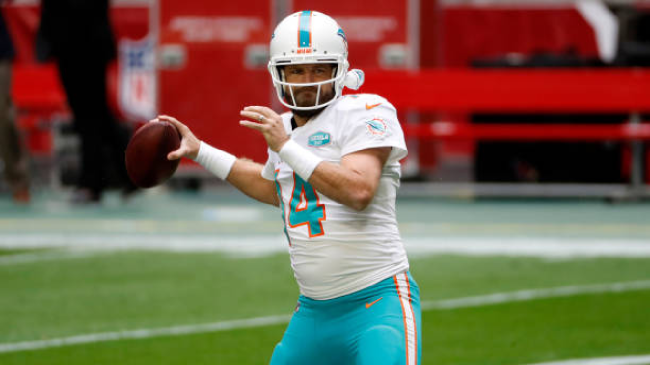 For over a year, Tom Brady has had football fans speculating about the answer to one very important question. Which motherf-er was he talking about?

Last summer, Brady appeared on “The Shop” and discussed his time in free agency the previous year, which eventually led to him joining the Tampa Bay Buccaneers. During the appearance, he revealed that one team he was interested in decided they wanted to stick with the quarterback they already had, leading to this quote from Brady that quickly went viral:

“One of the teams, they weren’t interested at the very end. I was thinking, ‘You’re sticking with that motherfucker?” Brady said at the time.

There has been plenty of speculation since then about who the quarterback was. Many believed the answer was Ryan Fitzpatrick. Recently, some have wondered if it could have been Derek Carr after Dana White revealed he tried to get Brady to join the Raiders, but Jon Gruden shut the move down.

Now, Ryan Fitzpatrick has revealed his thoughts on the situation. Fitzmagic revealed today on “The Dan Le Batard Show” that he believes he is the “motherf-er”.

While the Dolphins didn’t replace Fitzpatrick with Brady that offseason, they didn’t stand behind them as their starting QB for much longer. That same year, they drafted Tua Tagovailoa to be the future of their franchise.

Fitzpatrick would be the starting quarterback for only 7 more games and was brought in late in games to try to salvage a win on a couple of occasions, but was headed to the Commanders just a year later.

After watching Brady win a Super Bowl and continue to compete at a high level 3 seasons later, the Dolphins probably regret their decision to stick with the “motherf-er”