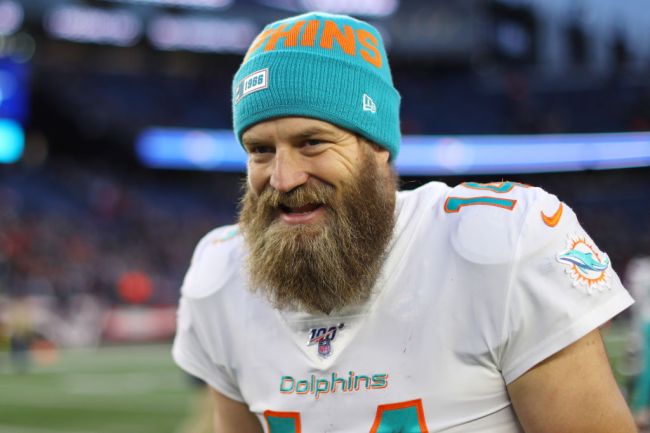 After signing a one-year deal with the Washington Football Team, Ryan Fitzpatrick was asked if any other teams outside of Washington showed any interest in signing him. While he didn’t specifically answer the question, he was sure to take a jab at NFL insider John Clayton.

Earlier in the week, Clayton said that he believed the 38-year-old quarterback was going to call it quits and retire. During his introductory press conference, Fitzpatrick called Clayton out for starting that rumor and said that he “is not a very reliable source.”

“I’ll just say, John Clayton when he put out the rumor I’m retiring is not a very reliable source.”

What a legend lmao, I already love Fitz. pic.twitter.com/ZpbuFGGgUY

Fitzpatrick posted a 4-3 record in the seven games he started for the Dolphins a season ago. He threw 13 touchdowns and eight interceptions during his time in Miami. He showed last year that he’s still got some left in the tank and will be a great mentor for any young quarterback Washington drafts this year, which is likely the route the franchise is going to take.