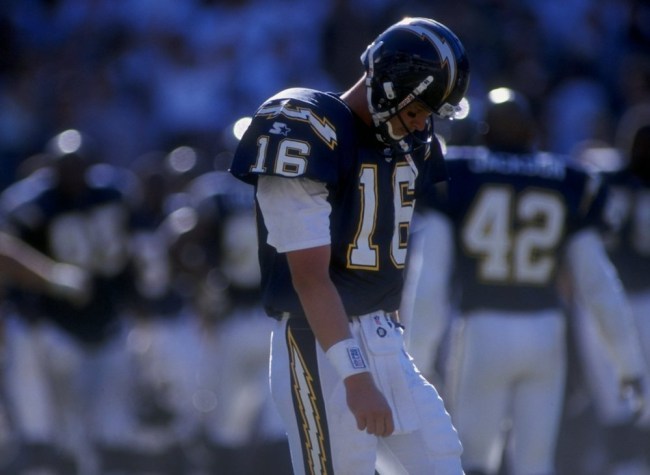 The 44-year-old former first-round draft pick was taken into custody around 2 PM PT on Friday, May 22nd.

Details of the incident itself are not clear but according to the information available on the Riverdale County Sheriff’s Department’s website, Leaf was booked and bail was set at $5,000. As of yesterday, Leaf was still in custody.

In 1998, the San Diego Chargers selected Leaf with the second overall pick. He started only 18 games with the Chargers, posting a 4-14 record with 13 touchdowns and 33 interceptions.

Leaf finished his career with the Cowboys in 2001, going 0-3 with one touchdown and three interceptions.

Leaf was arrested in 2012 for breaking into a home in Montana, stealing prescription drugs, and violating his probation in Texas.

After being released from prison in 2014, the former Washington State University star has openly talked about his personal demons and multiple arrests on burglary and drug charges.

Leaf is eight years sober from prescription pain medicine and has shared his recovery story as a motivational speaker.

In 2019, Leaf joined ESPN as a college football analyst.