Ryan Tannehill Walks Back His Comments About Not Mentoring Malik Willis, Says Media ‘Spun’ The Story 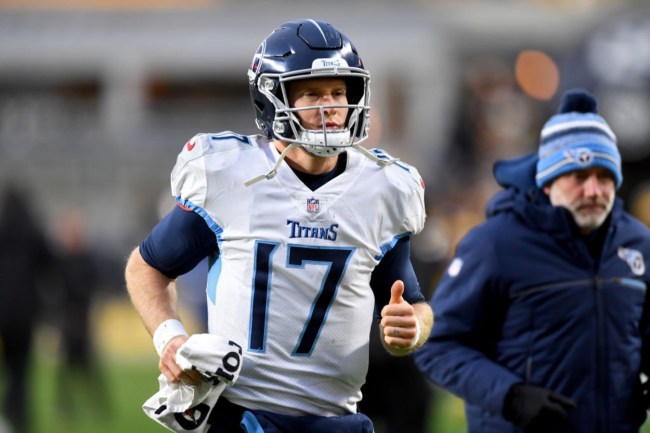 After the Tennessee Titans surprisingly traded up in the 2022 NFL Draft to select quarterback Malik Willis, Titans starting QB Ryan Tannehill made headlines with his reaction to the pick with some rather harsh comments.

“I don’t think it’s my job to mentor him, but if he learns from me along the way, that’s a great thing,” Tannehill said.

“I don’t think it’s my job to mentor him (Malik Willis), but if he learns from me along the way, that’s a great thing.” – Ryan Tannehill

While you could argue that Tannehill is technically right in saying it’s not his job to mentor Willis, his comments still came across as harsh, and got quite the reaction out from NFL media. Tannehill even had former players calling him out after his comments went viral.

On Tuesday, Tannehill spoke with local media for the first time since his comments about not mentoring Willis. He had nothing but nice things to say about the rookie out of Liberty while pinning some of the blame on the media ‘spinning’ his original comments out of proportion.

“We’re happy to have him in the room,” Tannehill said in part. “I’m really kind of disappointed in how things got spun and twisted a little bit. I pride myself on being a great teammate, and I have my whole career.”

.@Titans QB @ryantannehill1 with a long, heartfelt comment about wanting to be a great teammate to @malikwillis.

Said he meant no disrespect to Malik and is disappointed with how things got twisted over his quote on mentoring.

While Tannehill’s original comments about not needing to mentor Willis garnered quite the discussion, him walking them back and pointing a finger at the media may create an even louder one.