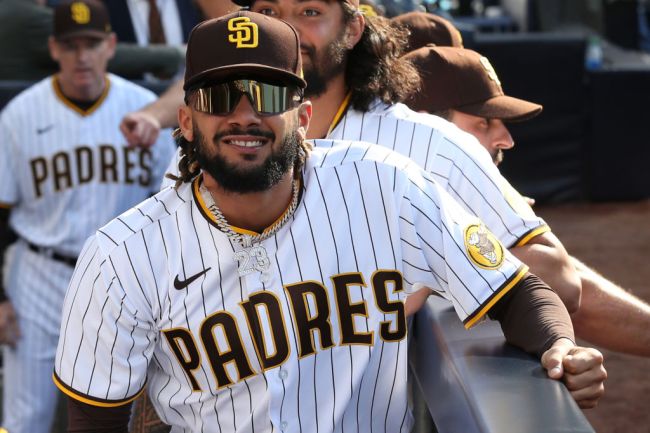 It didn’t take long for the San Diego Padres’ dreams of winning the 2022 World Series to take a major hit.

Just a couple of weeks ago, the Padres landed Juan Soto at the MLB trade deadline to truly thrust themselves into contender status. It took a little while for their high-powered offense to really get going after the trade, but over their past 2 games, they gave fans a glimpse at their potential with 20 runs scored in those 2 games.

Unfortunately for the Padres, it seems like that move for Soto will now only serve as a replacement for another one of their stars that they just found out they will be missing for the remainder of the season.

Today, ESPN’s Jeff Passan reported that Fernando Tatis Jr is facing an 80-game suspension that would make him ineligible for the playoffs due to a violation of Major League Baseball’s performance-enhancing drug policy.

Losing Tatis Jr is a massive blow for the San Diego Padres. They had already been without him for the entirety of the 2022 season because of a wrist injury, but he had been playing rehab games and was expected to return for the team’s playoff push.

Before this season, Tatis had become one of baseball’s best power hitters, leading the National League in home runs with 42 last season.

Power like that would have made an already dangerous Padres offense even more difficult to deal with, but now the Padres will have to finish off their chase for a ring in 2022 without Tatis Jr.