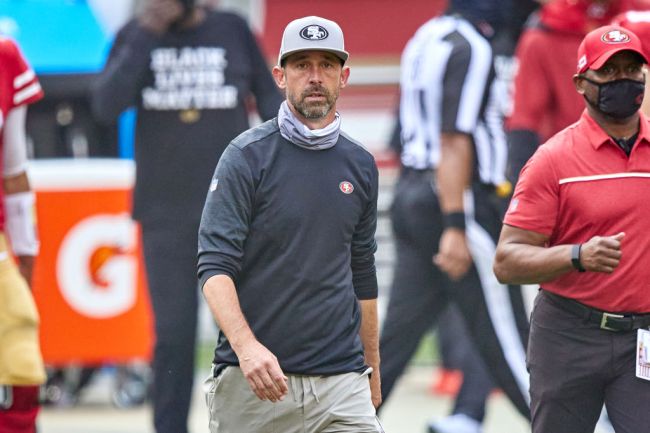 It didn’t originate in San Francisco, but the West Coast offense was arguably perfected by Bill Walsh and his 49ers teams. The offense relies on a precise, quick passing game accompanied by a good running game to put up points.

And, the current coach of the San Francisco 49ers, Kyle Shanahan, is a disciple of that offense. While it looks a little different from what it did back then, and Shanahan is more run-heavy than Walsh was, the concepts are very similar.

Right now, that 49er offense is executing to perfection. Behind surprise star quarterback Brock Purdy, They sit as winners of seven in a row and look to be a real Super Bowl favorite. The offense is clicking with the run and play-action pass. And, the defense is excelling too, becoming the league’s most feared unit.

In their 21-13 division-clinching win over the Seattle Seahawks Thursday, they went back in time to run a great play for a touchdown.

This touchdown from Purdy to superstar tight end George Kittle gave the 9ers a commanding lead.

Wow, what a great design by Shanahan. Well, he may have gotten his idea from this classic 49ers highlight.

First, it was Bill Walsh drawing it up for Steve Young and John Frank in 1987.

Then, it was Kyle Shanahan drawing it up for Brock Purdy and George Kittle in 2022.

A lot of people who study football x’s and o’s say that very little is invented in terms of concepts now. It’s mostly repacking decades-old concepts in different formations and personnel groupings. After all, there is only so much different you can do within the rules of the games. And, that play was a great example. I’m sure longtime San Francisco 49ers fans loved it.