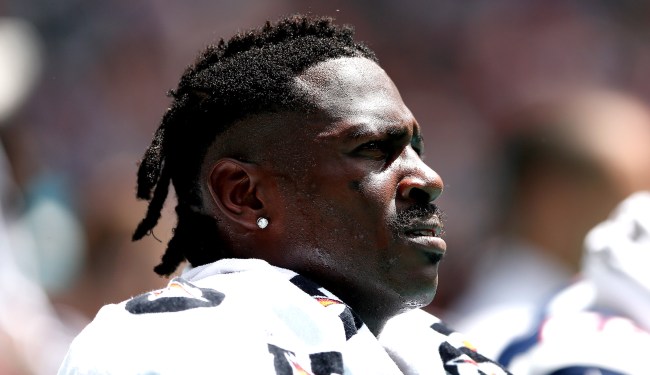 One of the most intriguing questions entering the 2020 NFL season is what’s going to happen with Antonio Brown?

After all, this is the NFL and what team couldn’t use a guy capabale of putting up numbers like 103 catches, 1,371 yards, and 12 touchdowns – Brown’s average production over his last three full seasons.

Despite his on again, off again claims of being done playing in the NFL, almost no one really believes there’s any chance Brown is officially going to retire.

Counted among those people who don’t believe it is apparently Seattle Seahawks backup quarterback Geno Smith, who posted an odd, cryptic message about Antonio Brown on Twitter on Tuesday.

Is that an indication that Seattle might be taking a hard look at signing the embattled wideout?

This isn’t the first time Smith has showed Brown some love. Back on July 22, Geno posted a video of himself working out, in the dark, with Brown.

No matter the conditions @AB84 pic.twitter.com/QxeQIg4VWJ

“Seattle has done a deep dive on Antonio Brown … they’ve done their research like they would with any free agent,” ESPN NFL insider Jeremy Fowler recently reported on SportsCenter. “I’m told they have a good grasp on Antonio Brown, the player and the person. That part is crucial. That said, I don’t think a signing is imminent. It might not happen at all, but they have the deep file on him.”

Brown, who just last week publicly demanded that the NFL to make a decision regarding his status in the league, also posted a cryptic message to social media with the caption, “Himmothy #possibilities.”

Sources near the team previously told ESPN’s John Clayton that Russell Wilson is all for the Seahawks signing Brown.

Everyone, including Brown, is just waiting for the NFL to make a decision. Once that happens, expect teams like the Seahawks, Ravens, and “a bunch” of teams, according to Jay Glazer, to do more than just kicking the tires when it comes to potentially signing the 7-time Pro Bowler.