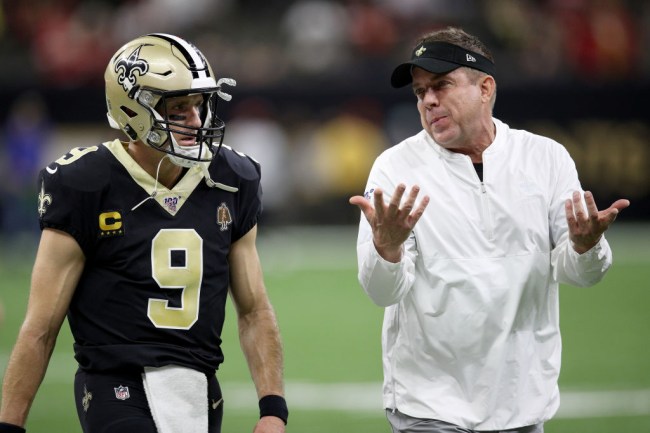 In the early days of Twitter, one of the best ways to rack up followers was to make an account where you switched the first letter of a comedian’s name with the first letter of their last or just threw “Not” in front of whoever you were “parodying” before making low-effort and “relatable” jokes or straight-up stealing ones that would eventually be stolen again by the likes of The Fat Jew and Fuck Jerry.

However, there are plenty of parody accounts out there that manage to avoid being incredibly insufferable and provide a nice respite from a lot of the content that’s posted on the absolute hellhole Twitter has devolved into over the years—including @ShooterMcGavin_, who has been pumping out tweets while posing as the antagonist from Happy Gilmore for almost a decade.

For the most part, the account is devoted to commenting on the various goings-on in the world of sports and using relevant reaction GIFs from and references to the movie whenever possible—including one that managed to garner a response from Aaron Rodgers a few years ago.

Now, Shooter has attracted the attention of another big NFL name in the form of New Orleans Saints head coach Sean Payton.

As you’re likely aware, Drew Brees found himself in some water as hot as the sea surrounding an active volcano on Wednesday when he decided there was no better time to double-down on his distaste for athletes who take a knee during the national anthem than when people around the country are protesting the recent spate of police brutality Colin Kaepernick was trying to call attention to when he kneeled for the first time in 2016 and possibly brought his career to a premature end in the process.

I don’t have the energy to argue with more people than I have to on Twitter today, so while I won’t share my personal opinion on what Brees had to say, plenty of athletes went off on him for being tone-deaf, including Aaron Rodgers, multiple guys that play on the same team with him, fans who burned his jersey, and protestors in New Orleans who participated in a “Fuck Drew Brees” chant last night.

Our boy Shooter decided to get in on the action by joking the quarterback’s teammates were planning on meeting him on the 9th hole at 9 PM, a reference to the prank McGavin pulled on Happy in the movie.

BREAKING: Saints players inform Drew Brees they want to have an emergency meeting with him on the 9th green at 9 tonight.

This garnered a fantastic response from Payton, who played along by saying the meeting had been scheduled a couple of weeks ago (it turns out the team actually had a virtual call that was already slated for Wednesday night).

Complete B.S. meeting scheduled 2 weeks ago.
Get your story straight!

The Saints are having a virtual team meeting, which I’m told was scheduled 2 weeks ago. This wasn’t planned in response to any of reaction from players in regards to Brees’ comments.

On Wednesday, Brees issued a statement that was totally, definitely written by him and not a public relations expert apologizing for his comments.

I sincerely hope Shooter apologizes for his inaccurate reporting as well.